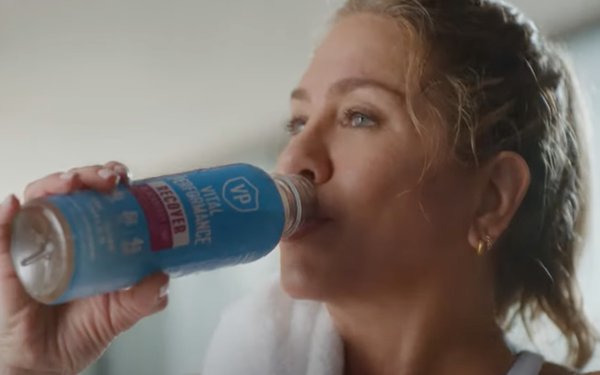 Try as one may, it’s hard to avoid the word “wellness” these days.

This was true even before COVID-19 brought health-related eating and exercise to the fore.

In an April survey by The Hartman Group of 2,367 U.S. consumers ages 18-74, 53% of respondents said they were treating and/or trying to prevent bone/joint conditions. Thirty-one percent were using supplements, 16% functional foods, 11% functional beverages and 12%, other things—including OTC/prescription products and exercise.

Use of the naturally occurring protein collagen has been on the rise, consumed in the belief that it promotes “beauty from the inside,” in Hartman’s words. The survey found that 9% of respondents were taking collagen in supplement form, 12% as a functional food and 11% as a functional beverage.

Founded in 2013, Vital Proteins was an early player in the collagen space. In June, Nestlé Health Science acquired a majority stake in the company—a deal that Vital viewed more as a global expansion play than increasing its U.S. distribution, which encompasses some 40,000 U.S. retail doors.

Last month, actress Jennifer Aniston joined Vital Proteins as chief creative officer, and is the persona front and center in the digitally focused company’s first television campaign. Explaining the benefits of collagen—the natural production of which declines with age—and expanding Vital’s customer base to older consumers, regardless of gender, are key elements of the initiative.

In a behind-the-scenes commercial titled “It’s Within Us,” Aniston—who began using Vital products on her own several years ago—doesn’t say a word about the brand. In fact, the only time she talks during her exercise regimen is to exchange thoughts with the production crew.

In this interview, which is edited for brevity, Vital Proteins CMO Caryn Johnson and Maite Albuquerque, group creative director at its agency 72andSunny, talk about why Aniston was chosen and the benefits of the Nestlé Health Science deal.

CPG FYI: This doesn’t appear to be your typical brand spokesperson relationship.

Caryn Johnson: The partnership includes a title and a position at the organization so that she can help add creative value throughout our innovation process, future product development and future campaigns. She has such a knack for wellness and what’s on the forefront of being important in a person’s life.

CPG FYI: Why was Aniston chosen?

Johnson: Jen has been a user of the brand for many, many years. In 2016, she went on the record with a media outlet and spoke about our brand specifically. We saw a huge spike in awareness and revenue from that. It wasn’t a perfect fit until November of last year, when she joined Instagram. We decided that was the point when we really wanted to partner with her.

CPG FYI: What’s behind the term “It’s Within Us”?

Maite Albuquerque: We wanted to find a phrase that could explain the benefits of collagen. It’s part of our bodies. But it’s also an empowerment phrase. During the pandemic, I think we all spend so much time with ourselves, we are kind of like looking back on our lives and trying to imagine what could be better. And when we do that, there are some insecurities and challenges that we face.

CPG FYI: In the commercial, Aniston is seen drinking Vital Proteins beverages, but not talking about them. Why is that?

Albuquerque: We wrote the script based on the things she does. It’s not every day that we get to work with someone of her visibility, but also seeing her vulnerability and openness. It was something that we had in our minds and when we met her, she opened her life to us.

It proved that we’re all going through the same challenges, especially now with COVID. It’s one of the most easy and organic partnerships that I’ve seen in my career.

CPG FYI: What’s your view of the deal with Nestlé Health Science?

Johnson: I’ve been very pleasantly surprised at how.... interested and invested they are in letting us run the organization [and] the brand. [They’ve been] really leaning into the key learnings they can grab from us for the other companies under their umbrella, versus mandating a plan for what we have to do.

The biggest benefit for the organization in my eyes has been the ability to help us scale globally. We just launched in the U.K. this week, and we have a presence in China, Canada, Italy, Spain, Germany, France and The Netherlands. We will be in Australia, Japan, Brazil, Mexico and Turkey as well.