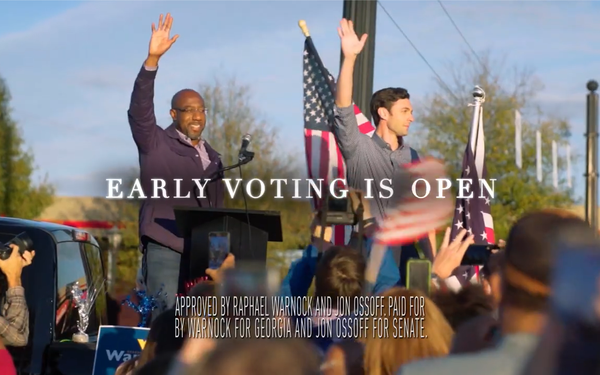 Interest and political advertising support have ramped up in these races, which will ultimately decide who holds the majority in the U.S. Senate.

Incumbent Republican contenders' spending, through December 11, is shown to be behind both Democratic candidates' spending at the moment, with David Perdue at $43.5 million and Kelly Loeffler at $47.6 million.

But as of December 18, the most recent consolidated polls from FiveThirtyEight.com have Perdue moving slightly ahead of Ossoff -- 48.9% to 48.1%. Loeffler has a narrower lead over Warnock, at 48.5% to 48.3%.

AdImpact says the average TV daytime political cost per point (CPP) in these races has climbed since before the election, in terms of buying viewers 35 and older.

For the week ending December 11, there were 19 political advertisers active in Atlanta, Georgia, totaling $38.6 million.