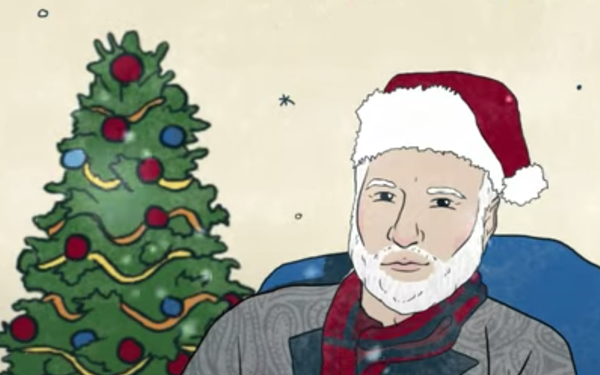 White Castle has gone Hollywood with a cute twist on an old classic, with actor Richard Dreyfuss reading "'Twas the Night Before Cravemas." Giving Santa's story a slider-esque spin, the burger chain is also doing a good deed for restaurant workers everywhere. Each video view triggers a $1 donation to Change is on the Menu, a national campaign launched by the National Restaurant Association Educational Foundation.

The Columbus, Ohio-based company says it's glad it's been able to keep its drive-through windows open -- and apparently, so is St. Nick.

"Despite ongoing challenges, business results have started to stabilize for us," says Jamie Richardson, a vice president at White Castle, in its announcement. "We know other restaurants aren't able to open and, consequently, thousands of restaurant employees have lost their jobs and suffered financially. We want to do what we can to help."

By clicking the donation link alongside each video, viewers generate a $1 donation from White Castle, up to $25,000. The video is running on YouTube, Facebook and Instagram.

In May, the company hosted Slider Jam, a virtual dance party, which raised $10,000 for the relief fund.

White Castle, still family-owned, is the first fast-food hamburger chain in the U.S.

Experts say such relief efforts are desperately needed. While Congress moving to pass the latest COVID-19 relief bill will help a little, the National Restaurant Association estimates that over 8 million restaurant workers have been laid off or lost their jobs since March. It says more than 110,000 restaurants have shut down. And 58% of chain and independent full-service establishments surveyed expect furloughs and layoffs to continue for the next three months.