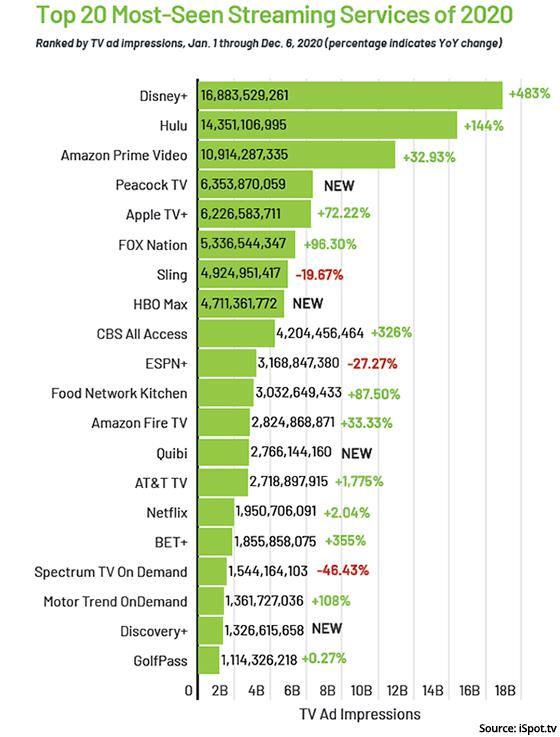 Streaming services showed the largest TV advertising impressions growth of all categories in 2020: up 93.5% compared to 2019, according to iSpot’s year-end TV advertising insights report.

“The streaming services category exploded, of course, and new and old services used TV ads to fuel their expansion,” notes the report, which includes data from Jan. 1 through Dec. 6, 2020.

Discovery+, which launched in some international markets in 2020 but didn’t officially announce its Jan. 4, 2021 U.S. launch until Dec. 2, 2020, nevertheless managed to generate 1.3 billion U.S. TV impressions.

While it’s not the technical meaning of the term, insurance brand ads did seem to be virtually everywhere on TV in 2020.

With the single exception of pizza brand Domino’s, all four of the top five most-seen brands were in insurance:

Here are the other most-seen brands in 2020: 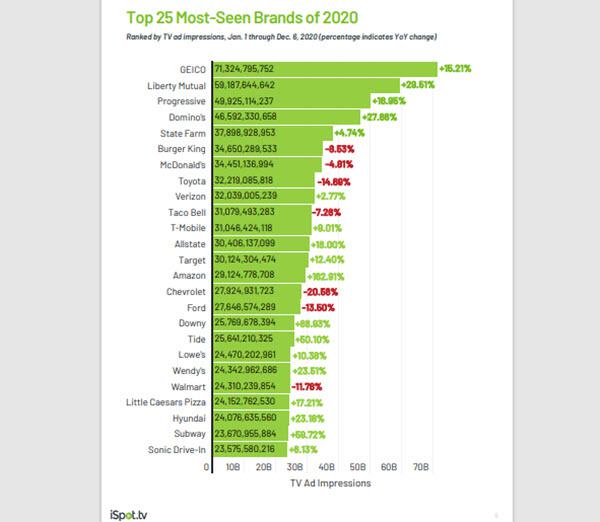 After streaming services, the categories with the largest percentage increases were laundry detergent/fabric softeners, vitamins/supplements, pets, and skin and foot care.

The brand with the largest impressions increase was Amazon: up 163%, to 29.1 million.

Through the end of November, 2,587 brands were new to TV or returned to it, accounting for a combined 234 billion impressions and an estimated $3.18 billion in ad spend.