Who Was Alex Trebek? One Of The Legends We Lost In 2020 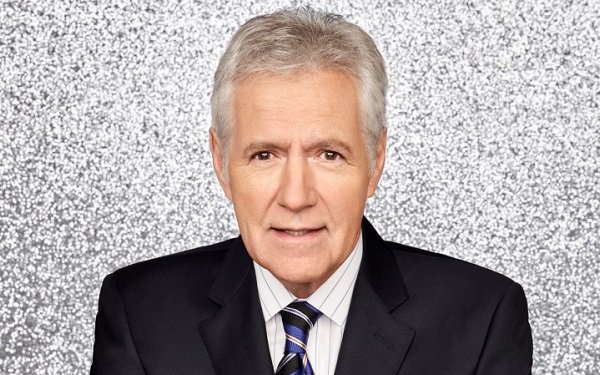 Alex Trebek left us this year still doing what he loved best, hosting “Jeopardy!” and doing it with professional, pinpoint perfection practically up to the day he died.

For more than 36 years, he was the public face of “Jeopardy!” and the steadfast custodian of the high standards that millions of viewers expected from a show that may be the last bastion of consistently intelligent content seen anywhere in the vast universe of television.

He will be missed and difficult to replace. It is hard to imagine TV without him. It is also a challenge to conceive of television without Regis Philbin, who died in July at age 88.

It was only a few years ago that the indefatigable Regis seemed to be everywhere at once -- morning TV, prime-time game shows, late-night appearances on “Letterman,” commercials for TD Bank and a hundred other places. To turn on the TV now and not see Regis Philbin presents us all with a tremendous void.

Both Regis and Alex Trebek turned up at least one time apiece on “Seinfeld.” And we lost four others from the “Seinfeld” universe in 2020 -- the incomparable Jerry Stiller (“Frank Costanza”), Richard Herd (“Mr. Wilhelm” of the New York Yankees), Wilford Brimley (“the postmaster general”) and Reni Santoni (the immortal “Poppie”).

Carl Reiner (“Your Show of Shows,” “The Dick Van Dyke Show”) had such a long, prolific career in television that it is impossible to conceive of TV generally had he never lived.

Among the many executives who have trod the carpeted hallways of the big TV companies over the decades, few trod more conspicuously than Fred Silverman, who at various times ran each of the Big Three networks -- ABC, CBS and NBC.

Another powerhouse in American TV media, Sumner Redstone, clung to life as he clung to power as head of the entertainment empire that owned Viacom and CBS. He died this year at age 97.

Animation producers Joe Ruby and Ken Spears co-created “Scooby Doo! Where Are You?” at Hanna-Barbera before forming their own company, Ruby-Spears, creator of countless cartoon shows, including “Rubik, the Amazing Cube” and “Mister T.” This year, Ruby and Spears died three months apart.

Saul Turteltaub's name was familiar to millions as a producer and writer on such shows as “That Girl” and “Sanford and Son.” Gene Reynolds was the co-creator of “M*A*S*H” with Larry Gelbart.

As 2020 comes to a close, we mourn the passing of so many of the faces we once knew and saw often on TV.

The list includes Robert Conrad (“Hawaiian Eye,” “The Wild Wild West,” “Black Sheep Squadron” and commercials for Eveready batteries); Ja’Net Dubois, star of “Good Times” and singer of the famous “Movin’ On Up” theme song from “The Jeffersons”; handsome Lyle Waggoner from “The Carol Burnett Show”; Ken Osmond, the one and only Eddie Haskell from “Leave It To Beaver”; comedian Norm Crosby, frequent variety- and talk-show guest known as “the master of the malaprop”; James Drury, star of “The Virginian”; and Diana Rigg, whose career stretched from “The Avengers” to “Game of Thrones.”

Special recognition goes to David L. Lander, unforgettable in the role of Squiggy on “Laverne and Shirley” and with co-star Michael McKean, one half of the great singing duo Lenny & the Squigtones.

Leanza Cornett, 1993's Miss America who became a host of “Entertainment Tonight” and appeared on other shows, died at age 49 following a tragic fall at her home. Miss America 1971, Phyllis George, also died this year.

In 1975, CBS hired George as co-host of “The NFL Today,” making her one of the first women to ever hold an on-air position on a national network sports show.

Work long enough as a journalist on the TV beat and you will have an opportunity to cross paths with a great variety of personalities. Of the TV greats who died this year, I especially appreciated knowing Prof. James Lipton of “Inside the Actors Studio” and Gene London, beloved kids’ show host from my own childhood in Philadelphia.

I interviewed Charlie Daniels and Bill Mack (famed overnight radio personality who entertained countless big-rig truckers on their long-distance runs), met the colorful TV station owner Edmund “Eddie” Ansen at his company's WSVN-TV in Miami, and once appeared on a TV show with Reese Schonfeld (founding president of CNN).

The death this year of Gil Schwartz, long-time head of communications for CBS, hit the community of veteran writers on the TV beat particularly hard. I had known him since before CBS, when he headed p.r. for the old Westinghouse TV station group in the 1980s. He was a big part of my career for more than 30 years as both an adversary and a friend. It is hard to believe he's gone.

celebrity, television
1 comment about "Who Was Alex Trebek? One Of The Legends We Lost In 2020".
Check to receive email when comments are posted.
Next story loading