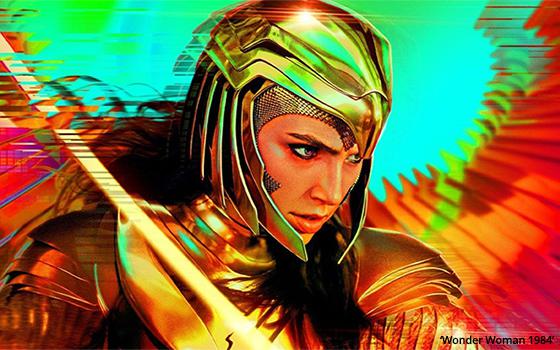 Warner Bros. Pictures' "Wonder Woman 1984" -- the studio’s initial concurrent day-and-date theatrical and streaming film debut -- did not show much wonder for its Christmas opening three-day weekend, earning $16.7 million in theatrical/cinema revenues over the period, according to the company.

In a release, WarnerMedia said “nearly half of the platform's retail subscribers” viewed the film on its opening day, December 25.

Andy Forssell, executive vice president and general manager of WarnerMedia direct-to-consumer, said the movie “exceeded our expectations across all of our key viewing and subscriber metrics in its first 24 hours on the service.”

HBO Max monthly subscribers could view the movie free as part of the service.

By way of comparison, the first "Wonder Woman" movie in 2017 took in $103 million -- rising to $822 million globally for its entire theatrical run, according to IMDb, the highest-earning movie that year.

There is some good news this time around -- the movie's $16.7 million opening was the best opening for a movie during the COVID-19 pandemic period beginning in early March, which has seen theater closures and more recently, some limited seat and movie theater availability.

WarnerMedia made major industry-shaking news recently - when it recently announced the studio's' entire 2021 theatrical slate -- 17 films -- will follow “Wonder Woman” where films would be released on the same day and date in theaters and on its HBO Max streaming service.

WarnerMedia is putting major focus into growing its streaming service HBO Max, which has resulted in some major criticism from movie directors, producers, and talent agencies.

Just after its opening weekend, Warner Bros. announced a third sequel for “Wonder Women.” Under the second film, the movie will set in the modern day.