These Duds Were TV's Worst New Shows In 2020 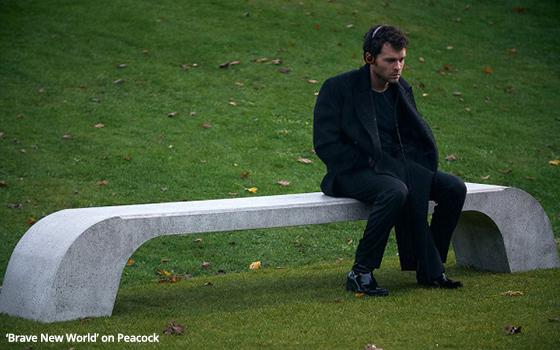 An informal tally of the reviews of new TV shows that appeared in this space this year reveal that the TV Blog was nothing if not fair and balanced in 2020.

This year, the number of thumbs-down reviews was about even with the thumbs-ups, which is to say: There were about as many intriguing, creative and just plain enjoyable new shows reviewed here as there were new shows whose initial approval and subsequent production remain a mystery.

And yet, here they were. What were the worst-reviewed shows here in 2020? My own personal audit of this year's pans reveals that this is hard to say since a number of shows came in for harsh, summary dismissals here.

One conspicuous candidate would be “Hot Ones: The Game Show,” a show in which the object was to consume the world's spiciest sauces in generous quantities without throwing up. Since a number of contestants could not stave off that reflex, the show was disgusting.

When it premiered last February on TruTV, the TV Blog wrote, with characteristic hyperbole, that “this show emerges as the first and possibly best candidate to be named Worst TV Show of the Year next December. And it is only February.”

It remains one of the worst shows of the year. But it was only February. While no other game shows came along to topple “Hot Ones,” there were plenty of comedies and dramas to come that were just as easy to dismiss.

In the drama category, the worst-reviewed show might have been Peacock's new telling of Aldous Huxley's “Brave New World” (pictured above). In my review in July, I admitted I did not have the fortitude to make it all the way to the end of the first episode.

“I suppose I bailed before the first episode of ‘Brave New World’ was over because the show itself was as empty and emotionless as the world it was depicting,” said our review. Viewers evidently agreed because Peacock also bailed on “Brave New World” after Season One.

Other dramas that came and went this year were panned for their reliance on excessive, gratuitous violence -- including “We Hunt Together” on Showtime and “Gangs of London” on AMC.

Others received thumbs down because they were just too sad to recommend. These included “The Outsider” on HBO, in which a deranged killer may have bitten a little boy to death; and “Helstrom” on Hulu, a drama about people in Oregon who were possessed by the devil. The only thing I remember about that dreary show was that it rained a lot.

Elsewhere in the television drama landscape in 2020, Paramount Network's Afghan war drama “68 Whiskey” managed to be insulting to every group depicted in it -- from the Americans to the Afghans.

A number of the drama series in 2020 seemed to have sprung from the theater of the absurd. One example, TNT's “Snowpiercer,” was a ludicrous, high-speed train ride to nowhere.

“Zoey's Extraordinary Playlist” on NBC was about a telepathic young woman who could tell what songs other people were thinking about and, before you knew it, everyone was dancing and singing. Incredibly, this show is about to come back for a second season.

Absurdity in TV drama reached new heights when FX's “Fargo” returned for a new season with comedian Chris Rock ridiculously miscast in the “serious” role of an African-American crime kingpin in the 1950s. You can't make this stuff up.

Of the comedies that were panned here in 2020, the worst were probably “Awkwafina Is Nora From Queens” on Comedy Central and “Indebted” on NBC.

“Awkwafina” was a prime example of the current vogue in TV comedy in which shows that are pitched, produced and promoted as comedies contain no comedy at all.

“However one chooses to explain the state of TV comedy today, the opinion here is that ‘Awkwafina Is Nora From Queens’ is a depressing, negative, vulgar mess. Look for it to win multiple awards,” said our review last January.

As for “Indebted,” this was the comedy that brought Fran Drescher back to prime-time network TV only to embarrass her by forcing her to play a dim-bulb granny.

In the show, the TV Blog wrote last February, “[Drescher's character, “Deb”] calls Twitter ‘the tweeter’ and refers to Airbnb as ‘Air BLT’ -- you know, like all dumb older people do when it comes to tech thingies like the interweb and cellular telephones.”

Mercifully for everyone involved, “Indebted” came and went with so little fanfare that after it was apparently cancelled, nobody noticed.