Ernst & Young: Can Restaurants Come Back? 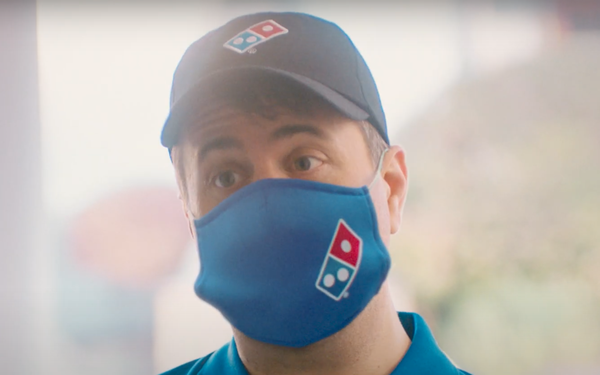 Editor's note: This post was previously published in an August edition of QSR Land, before restrictions on indoor dining were again tightened. It's still very, very relevant.

Sales at restaurants around the country have been ticking up slowly, with millions gratefully rediscovering their taco, sushi and burger groove. But while observers want to believe those gains are a good sign, experts say most people are still eating at home.

Real recovery is going to require massive rethinking, with a side order of consumer confidence. Mike Gottlieb, the global restaurant leader at consulting giant EY, weighs in on what’s next.

QSR Land:EY’s latest tracking says 53% of U.S. consumers are still uncomfortable with dining out, and 89% have changed the way they eat out. That’s more than half their customers. What can they do?

Mike Gottlieb: While we’ve seen restaurants be very creative and flexible during this pandemic, they’re going to have to become even more so. For many in QSR, that’s going to mean becoming more focused on digital, drive-through and take takeout solutions.

Gottlieb: It depends on the concept. While many were down between 30% and 50% in sales at the lowest point, that’s been trending toward a decline of 10% or so from the prior year.

Gottlieb: Yes. The biggest risks are franchisees, and we’ve already seen some bankruptcies there.

QSR Land:What are the prospects for eat-in restaurants?

Gottlieb: It’s challenging. We’re coming toward the end of summer, so that means restaurants are again facing all indoor seating. Restaurants in places where there are hard winters will face more struggles then, operating at limited capacity. Local governments are keeping a close eye on big groups. A large portion of the population just don’t want to eat in restaurants — so that means these establishments have to find ways to expand delivery and takeout. And they have to do that in a way that makes it a more enjoyable experience.

QSR Land: As companies look to the future, what kind of restaurants do they envision building?

Gottlieb: For many QSR companies, it means much smaller dining rooms. Some would like to have no dine-in areas at all, but consumers expect at least some seating. But that’s very different than higher-end restaurants.

QSR Land: Many people — myself included — loved crowded restaurants. It made them seem warm and friendly.

Gottlieb: Yes, and that’s the challenge. How can we make restaurants that are safe and feel safe, but also acknowledge people don’t want to feel like they’re walking into some antiseptic cell. They don’t want to see plexiglass and hazmat suits. So we’ll see all kinds of innovation. I was at a restaurant in New Jersey recently where a thermometer screened me as I walked by — like what we envision for airports.

QSR Land: Will there be design changes?

Gottlieb: Many. Some will be less visible to consumers, like better HVAC systems and more protective gear in kitchens. Some will be evident. All restaurants, even those with severe winters, will do more to maximize outdoor space. And more will strive to find different ways to do takeout and delivery. But most of all, I think future designs will be more flexible. Companies will work hard to create spaces that can accommodate change. That goes for the way they manage workforces, too. Employees are looking for more flexible scheduling, often through updated digital systems.

QSR Land: Finally, what about bars? We’ve seen lots of evidence these past few weeks that campus bars, for example, are as attractive as ever.

Gottlieb: Yes. Younger people believe they’re immune. As soon as bars can open up again, they’ll do just fine. But in terms of restaurants, that’s a whole new area of opportunity — restaurants are delivering alcohol now, and that’s allowing them to improve their margins.