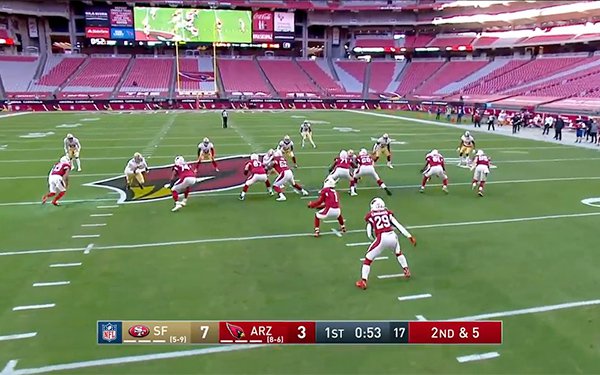 Saturday’s NFL regular-season game between the San Francisco 49ers and the Arizona Cardinals posted 4.8 million "average minute" viewers on Amazon Prime Video and its live video-gaming platform Twitch, according to the league -- the highest ever for a streaming digital NFL game.

The NFL says its figures are based off estimated numbers of viewers per living-room device that streamed the game.

By comparison, the average exclusive game on the NFL Network -- the league's cable TV channel -- comes in at 5.5 million viewers, according to Nielsen measurement data. This comes from three exclusive “Thursday Night Football” games and two exclusive Saturday games.

The NFL says the average viewing duration for the Amazon streaming game was 82 minutes -- more than the average 67 minutes for an NFL game so far this season. The average audience watching the game for at least 30 seconds on Prime Video or Twitch was an estimated 4.5 million, the NFL says.