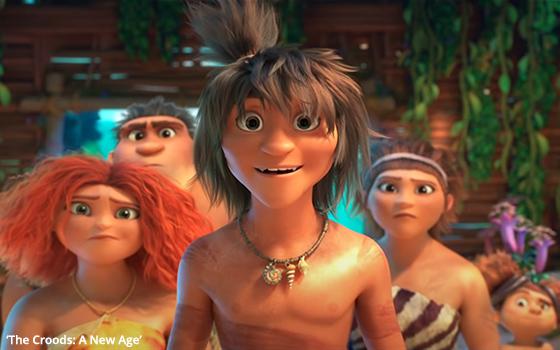 The U.S. theatrical movie business will end 2020 with a pandemic-crushing 81% decline to $2.1 billion in box-office revenues, according to IMDb’s Box Office Mojo.

The cinema movie chains have been severely hurt by the pandemic. Many theaters have been closed for much of the year -- from in mid-March through September. Since September, movies theater chains have partially opened, with mostly limited seat availability.

The biggest individual box-office revenue movie: Sony Pictures Entertainment’s “Bad Boys of Life” -- taking in $206.3 million in the U.S. and $426.5 million worldwide. It was released January 17, two months before the pandemic caused major business and other economic disruptions.

Due to major theater closures, movie studios dramatically cut back on national TV advertising spending in 2020 -- an estimated $682.9 million -- sharply down from $2.3 billion in 2019, according to iSpot.tv.

Though originally scheduled for theatrical release, Universal opted to exclusively stream “Trolls World Tour” in the spring, due to theater closures. Universal’s “The Croods: A New Age” was streamed three weeks after its theatrical release on Thanksgiving weekend.

Warner Bros.’ “Wonder Woman 1984,” released on December 25, was part of a major decision to boost the studio’s streaming business in the wake of ongoing U.S. theaters issues -- releasing the film in theaters and WarnerMedia’s HBO Max premium streaming service simultaneously. The studio will be releasing its entire 2021 schedule of 17 films the same way.