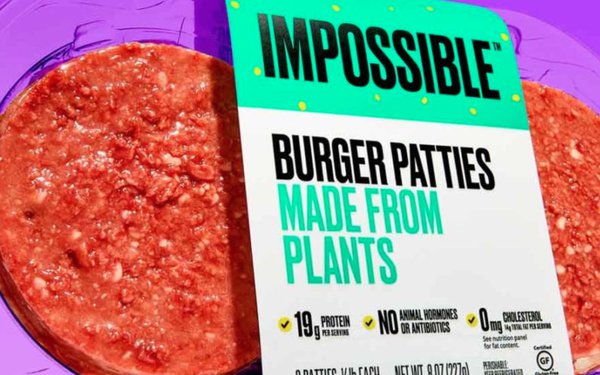 Where do plant-based meats fit into the 2021 food marketplace? There’s been no shortage of indulgent and healthy eating trends spurred by the pandemic, accompanied by a surge in at-home cooking and dining. But while plant-based meat substitutes cannot be written off as a passing fad yet, there are many more fads to choose from than just a year ago.

Whole Foods Market recently released its top-10 food trends for 2021, only one of which—Epic Breakfast Every Day—cites plant-based meats.

The higher price of these foods has been one challenge to more widespread consumer adoption. So Impossible Foods is addressing this issue by cutting prices of its plant-based products to foodservice distributors by double digits for the second time in less than a year.

While the company is hailing the price cuts as a benefit of greater production efficiencies, its long-stated goal of undercutting the cost of ground beef from cows remains a work in progress—something the pandemic hasn’t helped.

Impossible said today it’s lowering prices on average by approximately 15% on its open-coded, foodservice products in the United States. Double-digit reductions are rolling out as well in Canada, Singapore, Hong Kong and Macau.

The 15% cut for distributors in the U.S. makes the lowest price for Impossible’s burger product $6.80 per pound, according to reporting by Bloomberg. That’s more than three times the price of ground beef—at about $1.86 per pound wholesale, per the U.S. Department of Agriculture data.

While there’s no guarantee that the price cuts will reach consumers, Impossible said in a news release that it hopes distributors “pass along the savings to hardworking restaurateurs, who can then lower prices for their customers as well.”

Impossible sells most of its U.S. foodservice products directly to redistributor DOT Foods, which in turns sells to numerous food distributors that, along with their restaurant clients, decide what consumers pay.

Asked whether price cuts will extend to grocery stores, an Impossible rep tells Marketing Daily, “Impossible’s long-term goal is to reach price parity with and then undercut the price of animal products across all of our channels. Stay tuned for future pricing adjustments.”

Since Impossible is privately held, its finances aren’t public knowledge. But if competitor Beyond Meat is any indication, the road ahead could be bumpy.

In the third quarter ended Sept. 26, Beyond was able to offset an 11.1% decrease in foodservice net revenue with a 40.5% increase at retail. But the impacts of restaurant closures and cutbacks—along with higher trade discounts and marketing expenses—helped to produce a net loss of $19.3 million on net revenue of $94.4 million.

One overarching question is when and if marketers of plant-based meat alternatives—whose main hurdles to consumer trial have long included taste and price—can achieve the economy of scale required for long-term survival.

Ingredients also have been obstacles to consumer adoption of plant-based meats.

This year, Beyond Meat is introducing two new iterations of Beyond Burger that will represent “advances in mouthwatering taste and improved nutritional profiles.”

The new products are designed to meet “consumers’ growing demand for plant-based proteins that deliver on both taste and nutrition,” Beyond said in November.