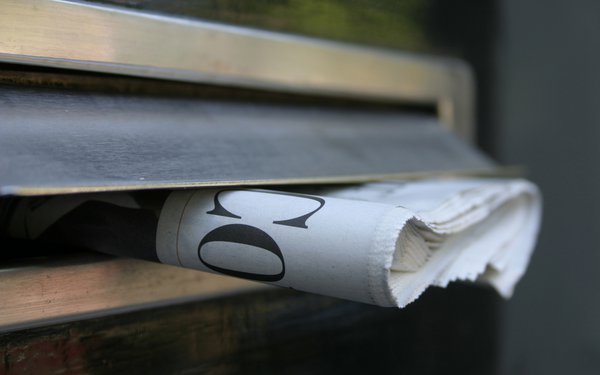 Two newspaper trade groups today joined a lawsuit that seeks to prevent a potentially crippling increase in postage rates for publications sent by mail. The News Media Alliance and National Newspaper Association, which collectively represent thousands of newspapers, filed the motion in the U.S. Court of Appeals for the D.C. Circuit.

The groups object to a November 30 order by the Postal Regulatory Commission, the federal agency that oversees the U.S. Postal Service, which would remove a cap on yearly increases in postage. Rate changes have been tied to inflation since Congress approved a postal reform plan in 2006.
Because inflation has averaged about 2% a year since then, postal rates have been steady and predictable. The postal commission wants to give the postal service more flexibility in its pricing as it seeks to cover expenses, including health benefits for retirees.
The new pricing system would let the postal service increase postage rates for newspapers by as much as 9% a year for the next five years, while rates for marketing mailers, such as coupon circulars, could climb by 7%, according to the News Media Alliance.
“The PRC is placing the Postal Service’s balance sheet problems — which Congress can fix — on local newspapers and other mailers at the worst possible time," David Chavern, president and CEO of the News Media Alliance, stated. "As many newspapers are the only source of local news about a community, this will undoubtedly increase the number of ‘news deserts’ across the country.”
The phrase "news deserts" has become commonplace in describing the many parts of the country that have lost a local newspaper in the past 20 years. Digital rivals have lured away readers and advertisers, triggering a revenue decline that threatens many publishers.
The pandemic made the situation worse, with newsrooms cutting more than 16,000 jobs last year, according to a study from the global outplacement firm Challenger, Gray & Christmas.
The Postal Regulatory Commission didn't immediately respond to a request for comment about the legal challenge.