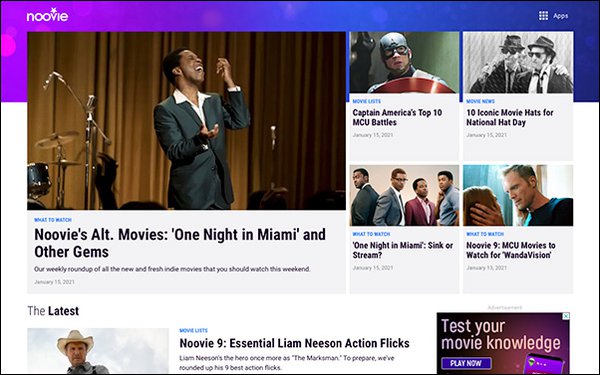 National CineMedia, the big in-cinema advertising network, has struck a deal with Captivate, the elevator/building digital video network, where NCM will provide content as well as sell media inventory.

A major piece of NCM’s in-theater content is its pre-movie show “Noovie,” which has a network of 57 different theater chains -- over 20,600 screens in more than 1,600 theaters in 190 markets.

Steve Sapp, senior vice president, digital out-of-home sales at NCM, stated that the agreement will allow local businesses to directly target movie audiences in nearby high-traffic premier office and residential buildings “based on their preferred proximity.”

NCM has had a difficult time, due to U.S. movie theater closures in March 2020. Since September, U.S. theater begins opening up in many states, but often on a limited basis.

Over a week ago, NCM struck another placed deal for the “Noovie” entertainment/trivia content with Coinstar’s digital advertising platform -- adPlanet -- which sits atop Coinstar kiosks in grocery stores.

Coinstar’s adPlanet is placed in around 4,000 grocery retail locations in 35 of the top 50 U.S. DMAs.