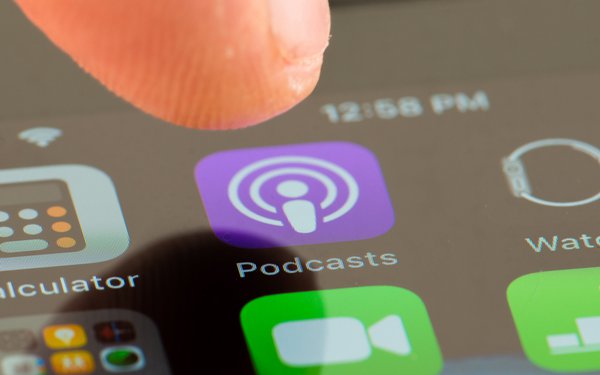 Apple Inc. is said to be planning a subscription service for podcasts as the audience grows for the audio format. The iPhone maker also would provide financial support for new shows and marketing, The Information reported, citing people familiar with the matter.

The move may give publishers more opportunities to create original programming for Apple as the technology giant builds a services business that includes the App Store, Apple Music and its Apple News+ digital newsstand. Apple offers a variety of ways for publishers to make money, such as sharing subscription revenue from Apple News+.

The company's services business grew 16% to $53.8 billion during the 12-month period ended in September, according a quarterly report.

The audience for on-demand audio shows has grown steadily since Apple released the iPod in 2001, giving rise to the term "podcasting." Subsequent growth occurred in the smartphone market after the company introduced the iPhone in 2007.
While the pandemic led to a brief decline in podcast downloads as fewer people listened to shows during their commutes to work, the activity recovered by fall. Podcast downloads surged 47% the last week of October from a year earlier, data from Podtrac indicate.
The portion of Americans who said they had listened to a podcast in the prior month grew to 37% last year from 32% in 2019, according to a survey by Triton and Edison Research before the pandemic. The podcast audience tends to be younger than the general population, with 48% of consumers ages 12 to 34 saying they had listened to a show in the prior month.
Apple has a popular podcasting app that comes preinstalled on its devices, giving podcast creators a broad distribution platform. By creating a subscription service with original content, Apple would compete more directly with companies like Spotify, SiriusXM, Amazon and iHeartMedia that have ramped up their investments in podcasting.
Spotify acquired podcast production studios Anchor, Parcast and The Ringer; it also signed an exclusive multiyear deal to stream the popular "Joe Rogan Experience."