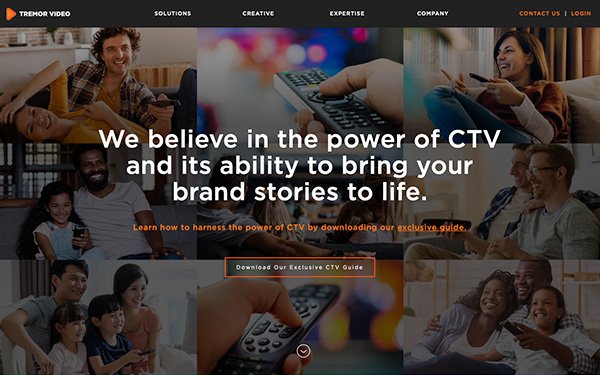 Demand-side advertising platform company Tremor International says revenue for connected TV (CTV) advertising more than doubled in the fourth quarter of 2020 -- up 127% versus the quarter the year before.

In November, the company issued a statement forecasting that fourth-quarter CTV ads would grow 115% to between $38 million and $40 million.

The company says CTV and other video through its Tremor Video unit now represent more than 80% of Tremor International’s 2020 revenues.

For the year 2020 overall, Tremor expects net revenues (gross revenues less media cost) to be between $171 million and $175 million, and adjusted cash flow (EBITDA) -- earnings before interest, taxes, depreciation and amortization -- to be $50 million to $52 million.

Gross revenues are projected to be between $390 million and $400 million.

In 2020, Tremor witnessed a 71% increase in the number of clients versus 2019, with more than 300 clients running CTV campaigns on its platform. It added more than 100 new CTV publishers to its network last year.

The company cites increasing growth of the overall CTV market from eMarketer. The expectation is that in 2020, there were 104.7 million U.S. households using CTV -- rising to 113 million by 2024, which will represent nearly 86% of all U.S. households.