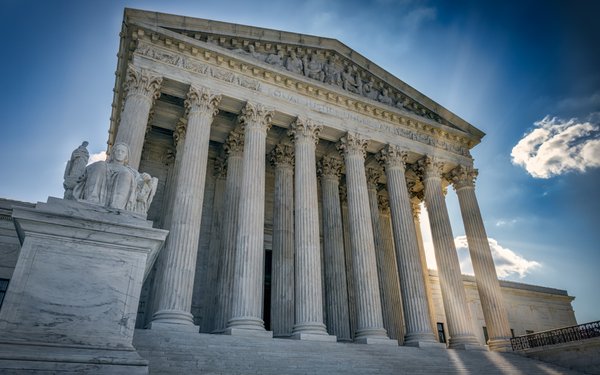 The Federal Communications Commission, broadcasters and news organizations on Tuesday urged the Supreme Court to uphold the FCC's 2017 decision to loosen rules regarding media ownership.

“Amazon gets to own The Washington Post today,” National Association of Broadcasters attorney Helgi Walker told the judges, obviously referring to Amazon CEO Jeff Bezos's ownership of the newspaper. “Nobody thinks that's the end of democracy. It's surely not the end of democracy if a local broadcaster can buy a local newspaper and keep it alive.”

Walker, along with Deputy Solicitor General Malcom Stewart, were asking the Supreme Court to reverse a 2019 decision issued by the 3rd Circuit Court of Appeals, which struck down the FCC's relaxation of ownership restrictions. The 3rd Circuit said in its ruling that the FCC didn't consider how the move would affect ownership of media by women and minorities.

The FCC has tried to deregulate media ownership since 2003, but its efforts have repeatedly been struck down in court. The latest FCC effort occurred in November of 2017, when the Republican-led agency voted 3-2 to loosen several restrictions -- including one that prevented the same company from owning a newspaper and broadcast station in the same market.

Organizations representing the broadcast and newspaper industries supported that change, while consumer advocacy groups opposed it. A coalition including Prometheus Radio Project and the watchdog Free Press sued the FCC over the rule change.

Ruthanne Deutsch, who argued on behalf of Prometheus and others challenging the FCC's 2017 order, told the Supreme Court its  decision should turn on whether the FCC “engaged in reasoned decision-making” when it removed restrictions.

Deutsch argued the FCC's order was “ based on zero information about female ownership and a nonsensical analysis of badly flawed data on minority ownership.”

Some judges' questions at Tuesday's hearing suggested they are poised to reverse the 3rd Circuit's decision and revive the FCC's 2017 move.

He added that a communications law passed by Congress in 1996 had a “deregulatory impulse” that “has never been exercised.”

Even if the Supreme Court upholds the FCC's decision to loosen restrictions, the ultimate impact of the ruling will turn on the grounds the court uses to justify the decision, according to Public Knowledge Senior Vice President Harold Feld.

He says if the court upholds the FCC's 2017 move on narrow grounds -- such as by ruling that the FCC followed correct administrative procedures four years ago -- the Biden-era FCC could theoretically institute a new proceeding and reimpose cross-ownership rules.

On the other hand, if the court decides the case on broader grounds related to the FCC's authority, the agency may find it harder to regulate media ownership in the future.