Larry King Memories Remind Us How Much Cable News Has Changed 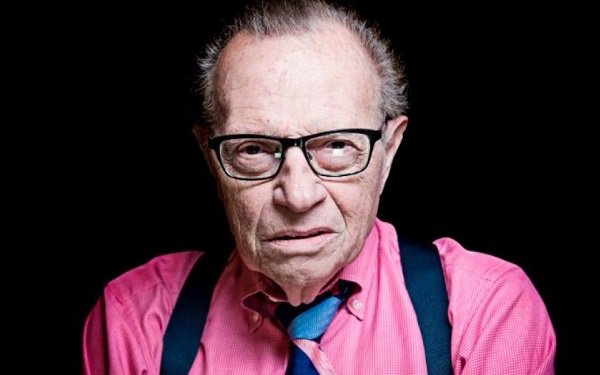 CNN’s many tributes to Larry King over the weekend in the wake of his death on Saturday were tinged with irony.

This is because the news channel’s celebration of King and the era in which he was CNN’s top star also served as a reminder that the network would never air a show today such as the one King hosted at 9 p.m. weeknights for 25 years. Nor would the network likely hire someone like King either.

With all the tributes and salutes going on, it was easy to forget that for roughly half of those 25 years -- the latter half -- “Larry King Live” came increasingly to be seen as an anachronism taking up valuable prime-time real estate in a cable news environment that had gradually grown louder, more political and more partisan.

Having pointed this out just now, let me please emphasize that this is what I and presumably hundreds of thousands of others loved about “Larry King Live” in the first place.

The show was a welcome alternative to the increasingly contentious prime-time talk shows on the other two news channels -- MSNBC and even more so, Fox News Channel.

In fact, CNN did not succeed in dislodging King until 2010, when he was 77, after which the network continued with a one-hour interview program in the time slot with host Piers Morgan until 2014.

King had a certain tenacity when it came to doing his own thing. When you boiled it all down, King’s “thing” was staging conversations with famous people on radio and television.

Like the proverbial box of chocolates in “Forrest Gump,” you never knew what you were going to get. Guests ranged from world leaders to aging movie stars. And even within those interviews, King would zig and zag all over the place.

One of my earliest columns on King made mention of just such an occasion, when King was interviewing President Clinton and Vice President Gore in June 1995.

The column noted that King asked a number of direct questions on important issues, but near the end of the hour, King somehow persuaded Clinton -- the president of the United States -- to share his impersonation of Marlon Brando with the American people. And the president did it.

Five years later, in June 2000, as King was preparing to celebrate his 15th anniversary on CNN, another column described the otherworldliness of the King show as it continued to feature celebrity guests from the full spectrum of American public life, while the other channels and even CNN were increasingly choosing to focus narrowly on politics.

That column also pointed out that “Larry King Live” was still the undisputed prime-time champion in the ratings in the cable news space.

“You can learn the darndest things watching ‘Larry King Live’,” I wrote then. “For example, if you were watching Friday night, you would have learned how Larry likes his bagels.”

“I just have a scooped-out bagel -- just the bagel crust, but it fills me!” he informed his guests for the evening, Richard Simmons and Suzanne Somers.

“You are so watching your intake!” Somers said approvingly, and then added that her own typical breakfast consisted of three eggs and bacon or sausage. To which King responded: “I hate eggs.”

And so it went, on show after show -- guests or combinations of guests who no one else would even consider booking or could not book because they all preferred the King show: Guests such as Monica Lewinsky, Tonya Harding, and Jim and Tammy Faye Bakker after they were divorced and remarried, with their new spouses and various children, all on the Larry King show at the same time.

With shows like these, the column reported, “Larry King Live” was averaging 860,000 households per night while the show’s closest competitor, “The O’Reilly Factor” on Fox News (then airing at 8-9 p.m.), was averaging 352,000.

Later that year, in December 2000, as the news channels clung to the unresolved presidential election story and its hanging chads, a column I wrote that month noted that amidst all of the overheated politics, Larry King was doing shows with the likes of Esther Williams and Angie Dickinson -- “for the full hour!” as he used to say in that booming, gravelly voice of his.

Around the same time, Jon Stewart appeared on the King show and told Larry: “Every time I turn you on, it looks like the ‘Matlock’ book club!” And that was fine with many of us.

cable tv, celebrity, news, television
1 comment about "Larry King Memories Remind Us How Much Cable News Has Changed".
Check to receive email when comments are posted.
Next story loading