Official Nielsen Inauguration Estimates Show Biden's Up 11.2%, With A Caveat 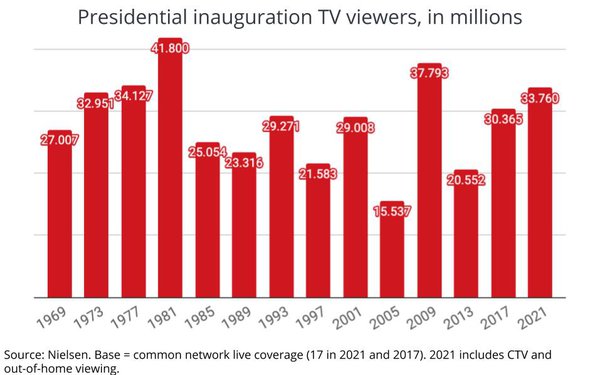 Nielsen noted that this year's viewership estimates include both out-of-home and connected TV (CTV) audiences that were not factored in 2017, and which likely boosted estimates by as much as 11%.

Looking back over Nielsen's historical data for modern day televised inaugurations, Biden's ranks as the fourth most viewed, behind Ronald Reagan's first in 1981, Barack Obama's first in 2009, and Jimmy Carter's in 1977.