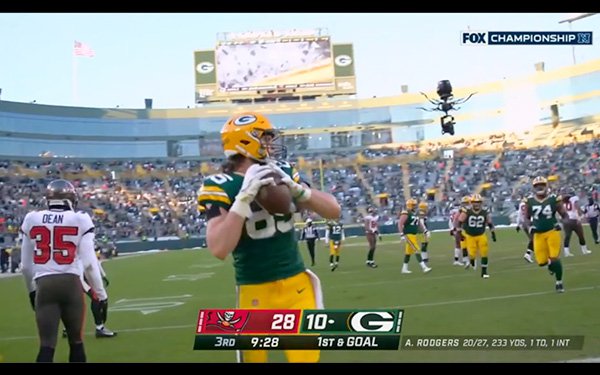 The second-most viewed TV programs of the year -- the two NFL league championship games -- remained big earners for the NFL, the top sports TV franchise, to kick off the new year. They gained in Nielsen-measured ratings from 2020.

In terms of advertising, an estimated $492 million was spent on both games on national TV ads. A year ago, ad spending was $444 million.

Total impressions on the day for all NFL programming were 7.8 billion.