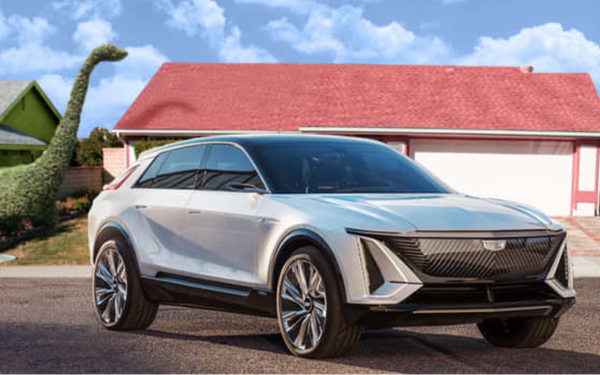 General Motors is returning to the Super Bowl Feb. 7 with two spots that highlight the company’s commitment to electric vehicles.

One of the two 60-second spots was created by Commonwealth//McCann and is from the “Everybody In” campaign  introduced during CES.

“it is a call to action meant to reflect a movement that’s inclusive and accessible,” GM CMO Deborah Wahl said during a virtual press conference earlier this month.

General Motors is creating a movement by making EVs fun, desirable and accessible for people from every walk of life, Wahl said.

The other spot will feature GM's luxury brand, Cadillac, which last appeared in a Super Bowl spot in 2012 when the luxury division introduced the sporty ATS model.

This year's spot will transport "an iconic piece of pop-culture history into the future and will feature Lyriq, Cadillac’s first, all-electric vehicle, as well as Super Cruise, the industry’s first true hands-free driver assistance feature for enabled roads," said Melissa Grady, Cadillac CMO in a statement.

The automaker provided a screenshot of the Cadillac spot created by Leo Burnett Detroit, which shows the Lyriq in a driveway next to a topiary dinosaur similar to the ones created by the title character played by Johnny Depp in Tim Burton’s “Edward Scissorhands” 1990 movie.

The Super Bowl, which is reported to have 77 commercials, is “virtually” sold out, according to a CBS spokesperson