Demoralized? Old Spice Wants To Help You Off The Couch 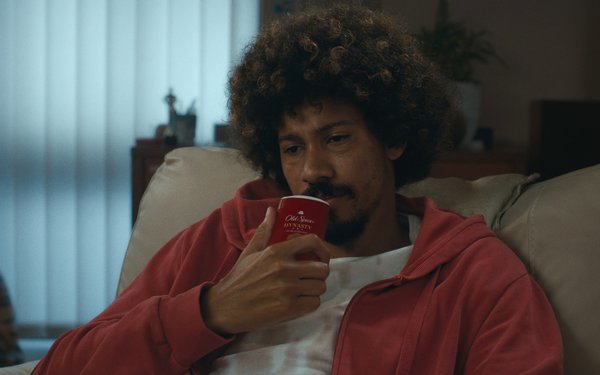 Old Spice is well aware that COVID-19 has America’s young menfolk languishing on the couch, lacking the confidence to tackle just about anything.

And since nothing goes better together than armpits and Super Bowl season, it’s launching fuel-injected creative aimed at getting men back in the game.

The resulting burst of energy blasts him out of his recliner and into a race car. With the brand’s trademark silliness, he promises his buddies he won’t forget them as he races off to the winner’s circle.

Procter & Gamble says the ads are based, in part, on the insight that Old Spice’s target market has taken a major beating during the pandemic.

Three out of five men say the pandemic has had a greater negative impact on their mental health than the 2008 recession. And those in the 18-to-24 age bracket have been hit harder by the pandemic economy, with more job losses, pay cuts and unemployment.

“Now more than ever, guys need a reminder to see the potential within themselves and to nurture seeds of confidence, even when we can be self-critical,” said Matt Krehbiel, Old Spice vice president at Procter & Gamble, in an email to Marketing Daily.

The ad is set to break first on YouTube and then on TV. The remaining two campaign ads will roll out over the next few months, he says.

The product is part of the new Old Spice Red Reserve lineup, which uses the company's most advanced scent technologies and “cologne-quality” scents. Three different fragrances are available, with a deodorant, antiperspirant and body wash in each.

The company is also working on a Super Bowl connection, with a Super Bowl Pit Stop effort to offer advice from NFL stars like Derrick Henry, George Kittle and Chase Young on how to “Smell Ready for Anything” in 2021.

And a MANifestations of Greatness effort is also in the works, which will corral celebrities, athletes and influencers with inspiration.