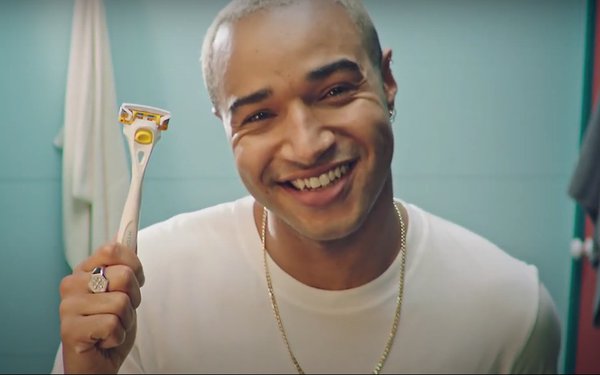 Schick is rebranding its Schick Hydro line, dressing it up in new packaging and extending product lines and features. It will be marketed under a new name: Schick Hydro Skin Comfort.

The rebrand includes a slogan -- “Your Skin Has Feelings”--  that once might have been considered too delicate for a product with a history of he-man commercials.

The “first of its kind” Stubble Eraser razor helps men with several days’ growth easily remove it when they want to go back to their clean-shaven home base. Schick says it has patented the design.

“The Stubble Eraser was specifically designed to cater to a growing segment of shavers we’ve identified as ‘switchers,'" Matt Bell, Edgewell's senior vice president of marketing, North America, told Marketing Daily. “Based on our research, 20% of men actively switch between a clean shave and wearing stubble throughout the week." Bell said the Stubble Eraser fills a need,  “especially in the era of work from home, as multiday stubble becomes more and more prevalent.”

That unshaven look is called “designer stubble” in some circles. But when it’s got to go, it’s painful to shave, and often has to be removed by first using an electric shaver, and then finishing up with a conventional blade.

In a new commercial, Schick explains the Stubble Eraser “lifts and aligns” stubble so it’s easily removed, “instead of flattening it down like most razors.”

The pandemic has brought a more hirsute trend in men's facial hair, which has affected the men's razor market, and also brought a silver lining by driving increased interest in beard-grooming facial products.

Meanwhile another men's grooming line, Unilever's Dollar Shave Club, owned by , announced its own branding campaign, “We Got You” which emphasizes the brand’s status as a pioneering D2C brand that is now sold on other sites and in stores, also with an array of products.

The campaign includes a cheeky musical image ad that shows off DSC’s clubby, frank attitude about men’s grooming products, including some designed for men’s shaving needs located lower on the anatomy than a man’s face.

It also showed off a new ad touting a “test drive” package that includes one six-blade razor and one four-blade, designed, apparently, for men who are just experimenting.

“So many razors. How do I choose?” a perplexed customer sings in the razor aisle in a second new ad. Answers another singer miniaturized on the Dollar Shave Club shelf, “Your hair changes how the blade shaves. Who knew?”