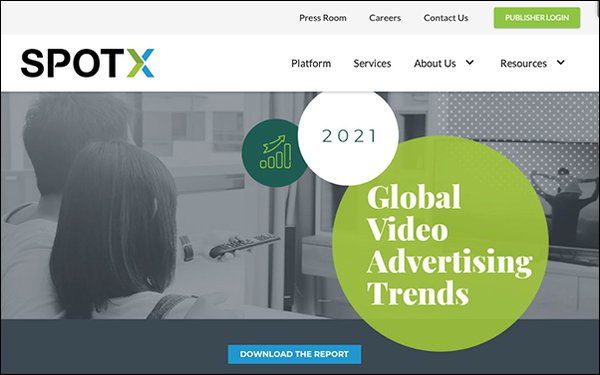 Magnite, the big sell-side advertising platform, is acquiring sell-side ad platform SpotX from the RTL Group for $1.17 billion in cash and stock.

The two companies claim the merger will create the largest independent connected TV and video advertising sell-side platform for the programmatic marketplace.

“Sellers have been looking for a scaled independent alternative to the giant companies who dominate the CTV marketplace,” stated Michael Barrett, president and chief executive officer of Magnite, in a release.

The combined company is expected to have annual revenue of $350 million, of which connected TV and video revenue is estimated to be about 67%.  Non-video business will comprise roughly 33% of its total revenue.

Spot X's preliminary net revenue for 2020 is projected to be $116 million, of which $67 million comes from connected TV.

In April 2020, the Rubicon Project and Telaria merged to become Magnite.

The deal is expected to close in the second quarter of 2021.