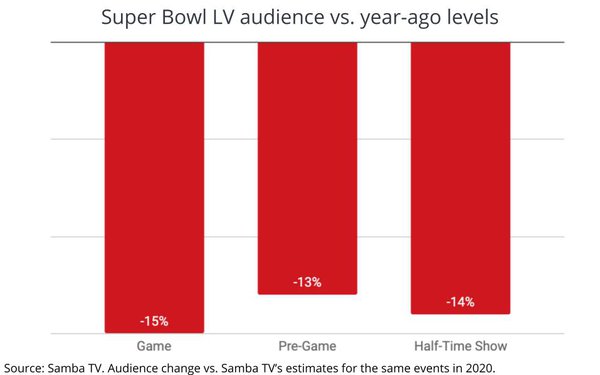 The national TV audience for Super Bowl LV fell 15% from the Big Game in 2020, according to estimates released this morning by Samba TV.

The estimates, which also show big declines for the pre-game and half-time shows, is based on household tune-in data from Samba TV's connected TV universe.

The chart below illustrates the second-by-second tune-in nationwide, and in the team's hometown markets of Kansas City and Tampa. 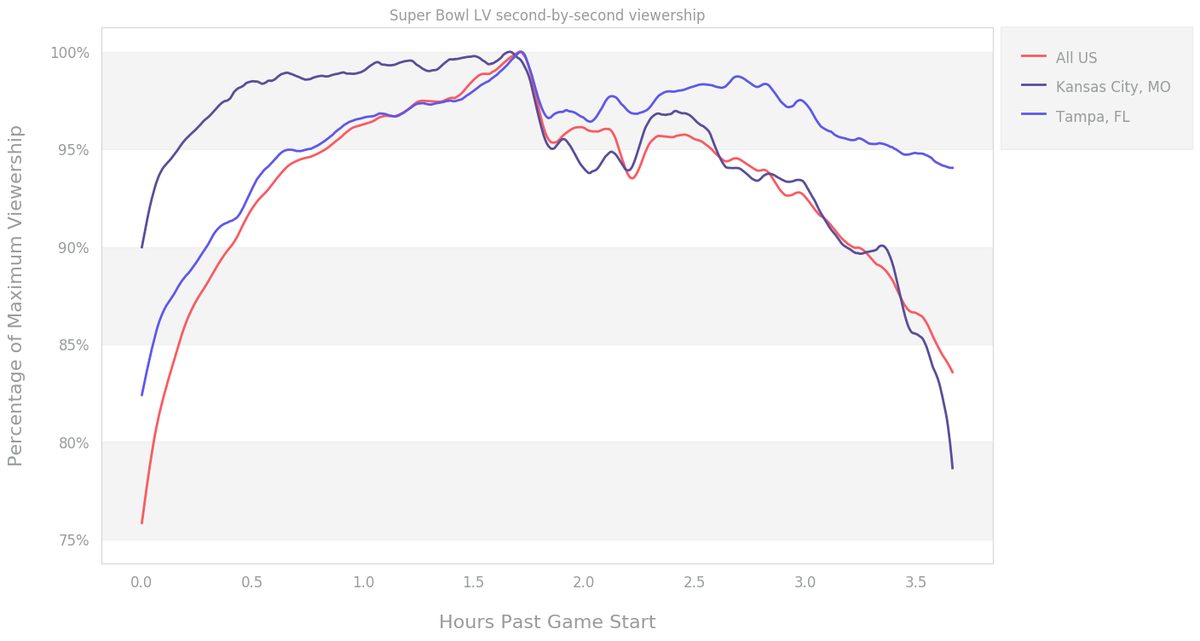