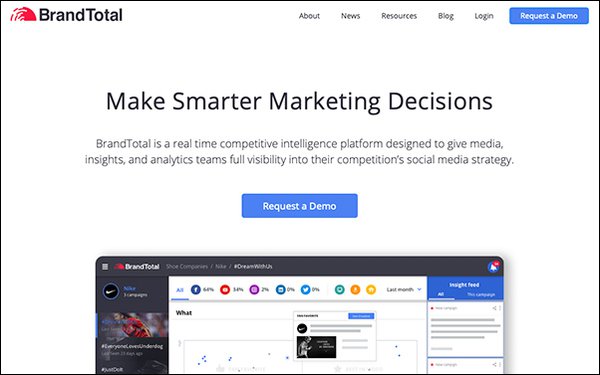 Facebook, which has been battling analytics company BrandTotal in court since October, has told a federal judge that BrandTotal is still scraping data from Facebook's site, in violation of its terms of service.

What's more, Facebook says it's entitled to a permanent injunction against BrandTotal, in order to stop its “unauthorized scraping activities.”

“Facebook has learned that defendants continue to access and scrape data from password-protected locations of Facebook’s platform, notwithstanding Facebook’s revocation of defendants’ access to its protected computers,” Facebook said in a case management statement filed recently with U.S. District Court Judge Joseph Spero in San Francisco.

Facebook says it plans to argue that BrandTotal violated federal and state laws, including the Computer Fraud and Abuse Act -- an anti-hacking law that prohibits companies from exceeding their authorized access to computers.

BrandTotal counters that it only collects data with the consent of Facebook's users, who are compensated for the information.

“The collection practices do not harm Facebook and are used to provide valuable transparency regarding corporate advertising,” the company writes.

Facebook also took steps to ban the extension from the platform, and demanded that Google remove UpVoice from the Chrome Web Store.

BrandTotal then countersued Facebook, alleging that it interfered with BrandTotal's contracts and engaged in unfair competition, among other claims.

BrandTotal, which says it pays users to install UpVoice, sought a temporary restraining order requiring Facebook to stop blocking BrandTotal, and to rescind the takedown notice sent to Google.

Facebook and BrandTotal say in the case management statement that they anticipate the claims brought by Facebook will go to trial next year.

“There is no legitimate dispute that BrandTotal scraped data from Facebook’s platforms in violation of Facebook’s terms, or that Facebook was justified in enforcing those terms in the interest of privacy and security,” Facebook writes in papers urging Spero to throw out BrandTotal's claims. “BrandTotal’s counterclaims, which were originally a hook for BrandTotal to seek a [temporary restraining order] that it should be allowed to violate Facebook’s terms in order to scrape data, cannot survive a motion to dismiss.”

Spero is scheduled to hold a hearing in the matter on Friday.