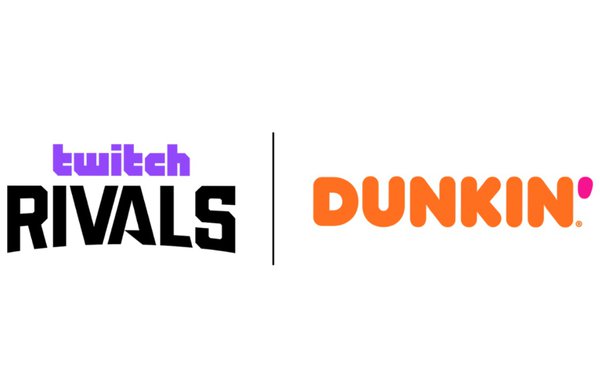 Three years after dipping a toe into the esports community, Dunkin’ has become the “official fan fuel” of Twitch Rivals North America and the competitive, online gaming series’ only QSR partner.

By reaching gamers and viewers on Twitch, the relationship with Twitch Rivals North America will connect Dunkin' with people who are brand-flexible and don’t watch traditional television, according to the chain’s vice president of media and partnerships, Keith Lusby.

“Who we’re trying to reach is this large group of people that we call switchers. They’re not disloyal, but they’re not overly loyal to just one brand,” Lusby tells Marketing Daily.

“Six of ten of switchers and avid gamers claim to not watch any TV. So gaming really helps us make a connection with a hard-to-reach audience.”

Lusby says the “toe in the water” of gaming for Dunkin' came in 2018 through its relationship with the Boston Celtics and its team that competed on the NBA 2K basketball video-game series.

In 2019, Dunkin’ leveraged several gaming influencers to promote the launch of its frozen Cosmic Coolatta beverages to a young audience but decided that approach was too limiting, according to Lusby. “That was interesting, but we didn’t want to necessarily be tied to one person and we didn’t want to be tied to one game, which is what we did the year before.”

Twitch Rivals North America is a series of more than 70 competitive events each year for streaming gamers and viewers. In addition to advertising on Twitch, Dunkin’ will offer challenges, rewards and events.

One example is the Dunkin’ Challenge, in which viewers using custom Twitch extensions can predict certain occurrences or outcomes within a competition. Prizes include gaming consoles, swag and Twitch gift cards.

“We’re going to time that either around promotions we have going on and/or when new games get launched,” says Lusby.

Publicis Sport and Entertainment arranged for the collaboration and activations, along with Publicis Groupe’s Inspire Media Engine.