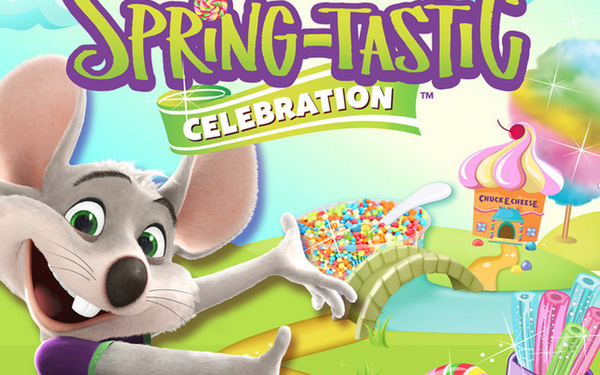 While the pandemic has been punishing, Chuck E. Cheese is making a comeback push. Fresh out of its Chapter 11 bankruptcy, the chain is rolling out a series of new promotions and marketing initiatives, encouraging families to ease back into pizza and party games.

Sherri Landry, chief marketing officer, says the company started tracking parents' changing sentiment at the beginning of the pandemic, including their apprehensions about taking the kids into public eating places.

Initially, parents' mindset was simply about keeping their families safe. The company responded with innovations like the increased use of e-tickets, so there is less contact, and social distancing throughout the restaurants and its familiar animatronics.

But consumers have moved on to a new mindset. "We're seeing people as cautiously optimistic. That's where we are now,” Landry says. “They want some sense of normalcy but need to know more and to feel sure guidelines are being followed. So we've got health and safety covered as never before."

The new push involves seasonal promotional plans, starting with "Spring-tastic Celebration," and offers new ways for kids to play both at home and in its restaurants, with new food items like Unicorn Churros, Unicorn Cotton Candy and Rainbow Lollipops. The Dallas-based chain says the event also includes prizes linked to the recently released "Tom & Jerry" movie. Bundle packs offer special pricing on pizza-and-game combos for dining in, as well as takeout.

Marketing for the new initiative targets two audiences. Using a full range of digital approaches, the first aims at the parents of kids between the ages of 3 and 8. And second, "we're reaching kids, advertising in YouTube kids' videos," says Landry.

She tells QSR Land the company is also using out-of-home as well as radio, "since we know family listenership has increased on weekends."

The spring promotion will be followed by Summer of Fun, Halloween Boo-tacular and Winter Winner-Land events.

"Our guests are coming back," albeit at a slightly slower rate than other fast-casual chains. "If they're not ready yet, that's fine," Landry says. "We're just excited to be able to reopen. And when they do come back, we'll make sure they have an amazing experience."

CEC Entertainment, its parent company, owns 559 Chuck E. Cheese restaurants and 122 Peter Piper Pizza stores. It filed for bankruptcy back in June. The financial restructuring allowed it to eliminate some $705 million in debt.