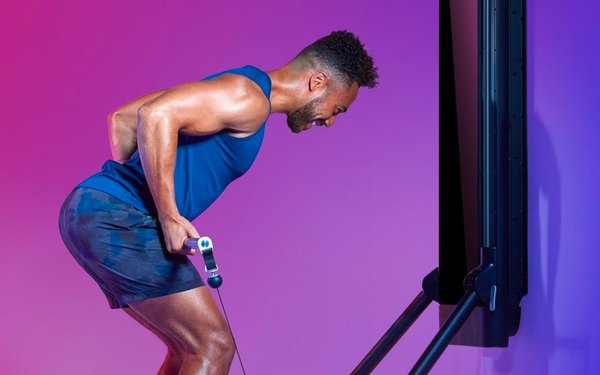 While Nordstrom may still be sucking wind as it slogs through the COVID-19 pandemic, it's upping its fitness game: The department store is adding Tonal, the high-end, high-tech home gym, to its product offerings.

The move comes as the Seattle-based retailer tries to power through decreased sales due to the pandemic and its commitment to adding more fitness items to its product mix.

Tonal executives told CNBC the deal calls for 40 mini-Tonal stores within Nordstrom, more than tripling the company's physical footprint. According to the report, Tonal already has six stores of its own and operates 10 other store-within-a-store partnerships.

Tonal sells wall-mounted connected fitness devices, priced around $3,000. Its backers include Amazon and  It competes with such brands as Mirror, recently acquired by Lululemon, and Peloton.

Nordstrom has been vocal about the benefits of both expanding its fitness offerings, including collaborations with Nike, and partnering with D2C start-ups like Allbirds and Everlane.

Still, the shifts come as the company is trying to bounce back into shape, battered by the impact of pandemic store closures and an industrywide slump in apparel sales.

It announced a 20% drop in fiscal fourth-quarter sales, to $3.55 billion from $4.4 billion in the same period in 2019 -- although it sees sequential improvement in both its flagship and Nordstrom Rack discount stores. And its significant investments in ecommerce are paying off, with digital sales rising 24%. They now account for 54% of total sales, compared with 35% in the prior year's comparable period. Activewear, home and beauty were the retailer's best-performing areas.

Net earnings fell to $33 million, compared with $193 million during the same period in fiscal 2019.

The performance fell somewhat short of industry forecasts. But while observers see many struggles ahead for department stores, some think Nordstrom is well-positioned for growth and greater profitability as the pandemic's impact fades.

"As was the case throughout 2020, apparel sales were affected by the casualization trend and lack of formal events during the pandemic," writes David Swartz, an analyst who follows Nordstrom for Morningstar. He says he continues to view the company as "a top operator in the competitive U.S. apparel market. Nordstrom has, in our view, cultivated a loyal customer base on its reputation for differentiated product and service."