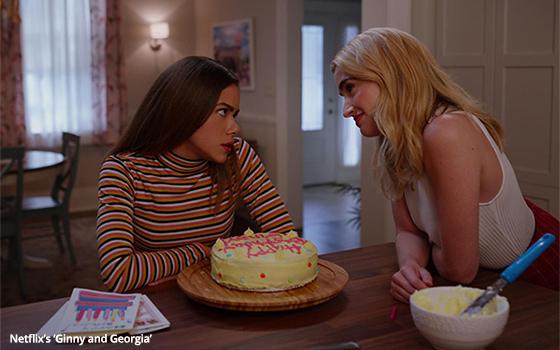 This being tax season time, other matters might have more pressing deadlines. Or perhaps paying my automotive insurance — got a similar note for that as well.

"G and G," the quirky schoolgirl/crazy-mom drama, must be a key piece of mine (and my wife’s) TV consumption, according to the SVOD. The message encouraged me to watch just one episode. It suggests I mimic many viewers on Netflix: Plow through an entire season.

I can’t tell if this is about my enrichment when it comes to various types of TV programs -- or something else, like boosting Netflix's internal usage server numbers, to tout how popular its shows are with other consumers, TV producers, and possible media partners.

But first, I’ve got to get through other content: “Virgin River,” “Code Yellow” (a limited series nonfiction documentary on the European-based profession road cycling team, Jumbo-Visma) and “Jane the Virgin.”

This isn’t new. TV networks want to get viewers to be more consistent consumers -- all to boost ratings, which in turn, can boost big TV ad unit pricing. And that raises more money to buy other TV and movie content.

But with the explosive glut of TV shows everywhere, TV networks/media companies have to do more than tease their lineups. There is an urgency now to boost consumption.

Free, ad-supported premium services can reveal this in the data they continue to hype: Monthly active users (MAUs).
Social-media platforms and other new digital services tout some of the same data.

But what happens next -- especially as competition thickens and new services come online? For consumers, it's a nice problem to have. But for media executives and producers, it continues to be a big problem. John Landgraf, CEO of FX Networks, worries about how all these new quality, “peak TV” shows will survive? The ongoing answer: perhaps they won’t.

The most recent research from FX Networks noted that for the first time since it began rating premium-scripted TV shows, there was a decline in the number of TV shows on broadcast and cable TV networks, premium SVODs and others -- from 532 in 2019 to 493 in 2020.

That "Ginny and Georgia" email is probably only the tip of the iceberg:
“Hey, Wayne. Just get through the last “Queen’s Gambit” episode, or we’ll tip the spoiler in an email subject line!”