Oprah Winfrey Is The Last Of The Great TV Stars 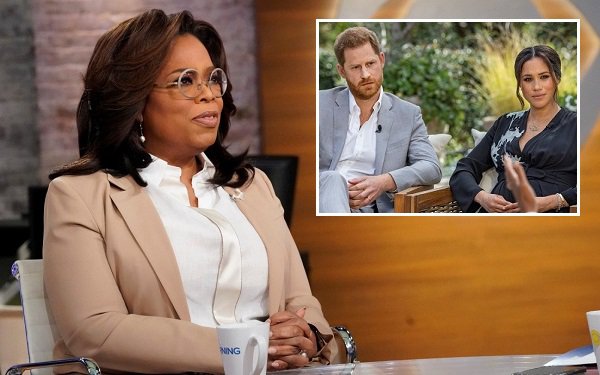 Oprah Winfrey's sensational interview special with Prince Harry and Meghan Markle marks her as the last of the big TV stars.

Years ago, TV was full of such people because the power and control of TV was concentrated in only a few hands at a handful of companies.

These included the Big Three (then Four) networks and syndicators such as the King brothers who distributed “The Oprah Winfrey Show.”

But today, who else but Oprah has the clout, influence, resources, connections and personal power to corral a big interview like the one she conducted with the Duke and Duchess of Sussex? The answer: Nobody.

She not only applied her considerable powers of persuasion to getting them to agree to the interview in the first place, but she sold the show to one of our biggest networks and produced it herself (via her company Harpo Productions).

In the days since it aired on Sunday, the show has emerged as the most talked-about single TV show in many years.

Some commentators have noted that the show and the reaction afterward remind them of that bygone era when these kinds of interviews were more common on TV and, in their aftermath, ignited days and days of conversation.

The TV Blog noted this aspect of the show back on February 25, 10 days before it aired. “Oprah Winfrey's upcoming prime-time interview special with the Duke and Duchess of Sussex (aka Harry and Meghan) has a throwback feel,” I wrote then.

Now, with the world still chattering about it, that description has proven to be accurate. In a manner not seen in years, this show has generated what used to be known as “mass appeal.”

Many years ago, this was the very purpose of television -- to cast as wide a net as possible. But in today's fractionalized media world, it is near impossible to achieve mass appeal, other than with a Super Bowl and other sports events.

The commentators (and the TV Blog too) referred to Oprah's wrangling of the Duke and Duchess as an old-fashioned “get” -- a word that once came to define the obtaining of an interview subject (or subjects) who were hard to get, and sought by everyone.

But here is the amazing thing about this Harry and Meghan interview: They do qualify as “gets” in the old-fashioned sense of the word.

But until they were gotten, who among us were even thinking about them, much less wishing someone would come along to interview them?

They were not exactly making news in the weeks or months before this interview appeared almost out of nowhere. And yet, this interview has been watched and talked about by tens of millions.

Who else in the whole wide world of television could achieve such a thing? Only Oprah, of course.

celebrity, television
2 comments about "Oprah Winfrey Is The Last Of The Great TV Stars".
Check to receive email when comments are posted.
Read more comments >
Next story loading