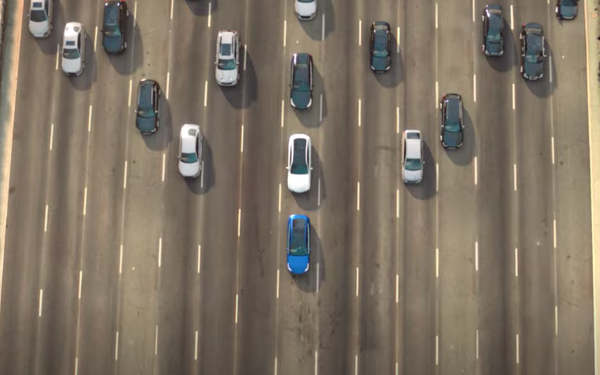 Toyota Motor Sales USA is playing up the sustainable, zero-emission technology of the 2021 Mirai.

A 30-second spot, “Lead the Way,” was created by Toyota’s agency partner Saatchi & Saatchi. Another Toyota AOR Intertrend was involved in creating other elements of the campaign.

The spot will run through May with digital and out-of-home advertising focused on connected TV.

The Toyota Mirai also is the exclusive automotive provider of the Santa Barbara International Film Festival taking place March 31 with various Mirai activations both on-site and digitally. The automaker also is sponsoring Variety’s “Screening Series 2021,” a 10-part series highlighting all of this year’s Oscar nominated films.

The effort includes sponsored content with Well+Good and Conde Nast, and an “Ask Me Anything” effort on Reddit. For paid social, Toyota is running the Mirai campaign on Facebook, Instagram, Twitter, and Reddit. In order to educate consumers, Toyota sponsored several dozen on-site experiential events throughout California that allowed people to get into the vehicles and learn the tech behind hydrogen power.

Toyota Mirai, in partnership with Horizon, also provided nearly 100 high school and middle schools across California with Mirai-themed STEM kits to build throughout a semester.  Toyota engineers were on hand to help educate students on how the technology worked.

During the pandemic, the Toyota Mirai team pivoted to sponsoring virtual events, like TechCrunch Digital Disrupt (Mirai was the exclusive vehicle) and The Infatuation & Toyota Mirai Present: California Chef Series.