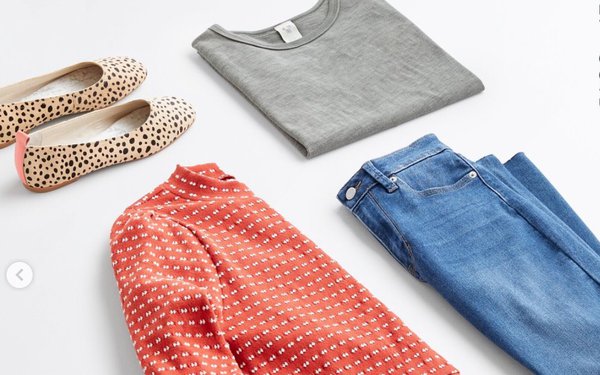 Stitch Fix stung investors with disappointing financial results and also lowered its sales forecasts for the year ahead.

But the company says it’s fine-tuning its game plan, offering consumers more ways to move beyond the limitations of its basic Fix strategies.

For starters, it’s expanding its preview offering. While the company’s basic offer is a selection of surprise items chosen for them by a stylist (along with its much-vaunted algorithms), the preview gives consumers a sneak peek -- and lets them reject choices they don’t like.

For the second quarter of its fiscal year, the San Francisco-based online styling company says its revenue rose 12% to $504.1 million, less than it had forecast. It swung to a loss of $21 million, compared to profits of $11.4 million, despite lower advertising spending.

So what went wrong? One problem came from its Direct Buy feature, launched about a year ago. Designed to let shoppers skip the whole “Fix” concept and just shop for what they want, it’s done well, and took the company to its best January women sales yet.

But for the full quarter, those purchases came in softer than expected, which the company chalked up to the holiday period. “We believe that self-purchase behavior subsides in this window -- similar to what we have historically seen in our Fix offering -- and is replaced with a gifting mindset.”

The company lowered its guidance for the year ahead, now predicting sales gains of just 18% to 20%, instead of between 20% and 25%.

Its results, below the company’s forecast, spooked investors, who drove the company’s stock price down from $73 a share to $49 on the news.

But some think the company’s big picture prospects are solid. “We continue to see substantial market share opportunity for Stitch Fix as it scales its personalization platform,” writes Mark R. Altschwager, who covers the company for Baird and is maintaining his neutral rating.

He is encouraged by the company’s ability to keep adding new clients, up 12% in the quarter.

He says the pace of acceleration is being held back by “a more conservative overall view on the pace of recovery due to COVID, a bit surprising with pent-up demand and stimulus anticipated.”

Still, Altschwager thinks the company will eventually benefit from more areas reopening, as consumers look to refresh their closets for work, school and events.