The Stella Artois 'Fund' Aims To Be Standard For Pours 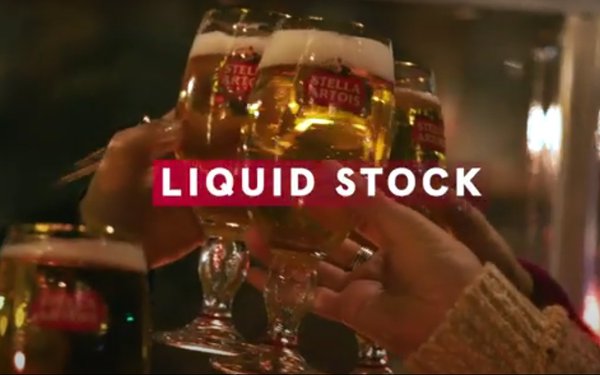 “At Stella Mutual, we believe in the value of investing in time spent with others,” its new commercial says -- and then proceeds to show the familiar vignette of a young couple meeting with their financial adviser. But with different advice.

“We’re less about mutual funds” reads the script, as viewers see the New York Stock Exchange Big Board, “and more about mutual fun,” as a bunch of happy skiers pause on the slopes to take a selfie.

The ad will play on the brand’s digital accounts.

At Stella Mutual, maximizing interest could be spending time in a cooking class, and long term-bonds are something that cuddling helps provide. The commercial parodies financial ads, but with a love-letter spin.

“Stella Mutual invites people to invest in their relationships and time with one another to build a strong future through a diverse portfolio of experiences, memories and adventures in The Life Artois,” said the brand in a statement.

The hook of course, is the tax deadline, exactly a month from March 15 when the campaign took off. The Anheuser-Busch InBev beer adds to the concept with a sweepstakes offering consumers a chance to win an “instant refund” of $2,500 cash, or special individual investor advice from Alexis Ohanian, founder of the venture capital group Seven Seven Six.

The cash prize is supposed to be the size of the average stimulus check Americans will soon receive, as least as calculated by the Stella Mutual statisticians.

Also in the prize mix is a year’s worth of beer (the refreshing stock option), a tandem bicycle, and a pizza pie kit, an homage to the venerated investor pie chart.

Details of the campaign and contest, an extension of Stella’s  “Invest Your Heartbeats In The Life Artois” ad pitch that premiered with a Super Bowl ad, are on Stella’s social media pages.

The brand has carved out an ad style aimed at the 35-44 demographic that seems more artistic and romantic than other beer brands, where the appeal is usually far less ethereal. Last summer, its “Daydream (In the Life Artois)” was a visual and dance love letter to the Manhattan cityscape, deserted as the pandemic took hold. The style wouldn’t have cut it for another A-B brand.