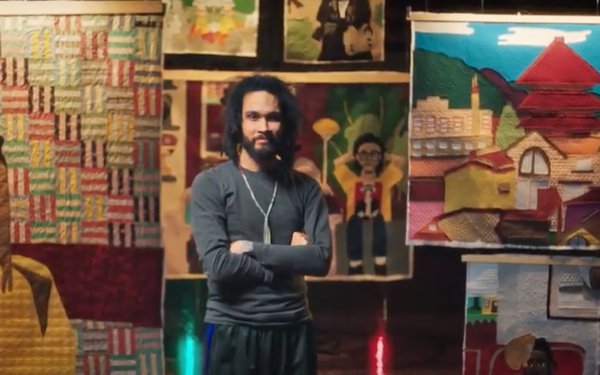 Dove Men+Care has been on a mission to focus on Black men -- so often revered only on the court -- as much more. Its newest effort, timed to basketball’s biggest moment, focuses on that multidimensionality in a new way.

The campaign, scheduled to run throughout the NCAA March Madness games, zeros in on former NCAA basketball players who have moved on to careers in painting, academia, law -- and even quilting.

The “Let’s celebrate Black men off the court” ads, created by Edelman, are scheduled to run on TV throughout March Madness, as well as on Dove's social media channels.

They are based on Unilever’s research into the racial stereotypes that permeate much of society.

Much of that is based on sports: When white men are shown a photograph of Black men, they are more likely to say he is an athlete than another profession.

The Unilever-owned brand says the new work is an effort to “challenge limiting stereotypes and narrow portrayals.”

Dove says it chose March Madness, with its basketball-obsessed fanfare, to showcase athletes using their platforms to do more.  It hopes to challenge not just the way white people see Black men, but the way Black men see themselves.

Among them: Michael C. Thorpe, “a rising star in the world of quilting,” whose large-scale portraits have been acquired by the likes of The Museum of Fine Arts in Boston (shown above); Desmond Mason, a retired NBA player who is now a painter, and Onaje X.O. Woodbine, Ph.D., now a philosophy and religion professor at American University and author of "Black Gods of the Asphalt: Religion, Hip-Hop, and Street Basketball."

Unilever says the Off-Court Champs will be featured in a series of virtual workshops with current NCAA student-athletes, offering advice about achieving career aspirations.

Last month, Unilever released the results of “Bias Against Black Men – Understanding Perceptions and How They Impact Black Men & Boys," based on 3,000 people.

The study finds that white men are 150% more likely to see Black men as criminals and two times as likely to say they are threatening and intimidating. It also demonstrated a decline in Black men’s self-perception between high school and college, making them less likely to describe themselves as smart, outspoken or leaders.

And 37% of white men used one or more negative words to describe Black men, such as aggressive, threatening, dangerous or apathetic.

The majority of the Black respondents have been called a racial slur.