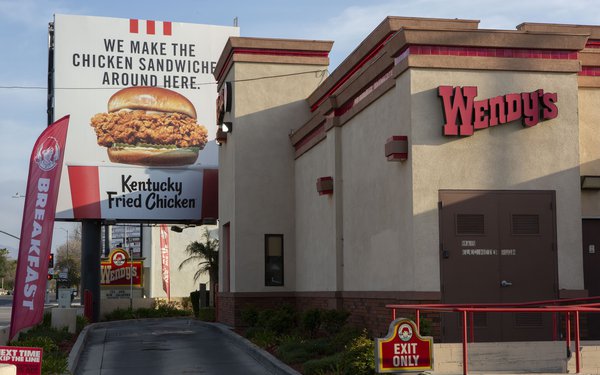 Kentucky Fried Chicken’s first campaign for its newest chicken sandwich includes massive OOH placements in major cities that literally sit on top of or next door to Burger King, McDonald’s and Wendy’s outlets.

The blunt messaging on three billboards in Los Angeles, Miami and Manhattan: “We make the chicken sandwiches around here.”

The campaign isn’t shy in reminding customers that fried chicken sandwiches should be left to fried-chicken “experts.”

“I’d say that’s none of my business,” the voiceover says. “Just like making fried chicken is none of theirs.”

In Manhattan, KFC commandeered a billboard that appears to be four stories tall sitting on top of a building that houses a McDonald’s outlet directly below.

In Los Angeles, a KFC billboard at ground level dwarfs a Wendy’s restaurant located just a few feet away—while a third placement in Miami rises above a nearby Burger King.

The day of the launch, foot traffic was up 19% from the same day the prior week and then climbed 29% and 22% in the next two days.

For the month of February, average daily visitor counts to McDonald’s were up nearly 13% from January, according to Placer.ai.