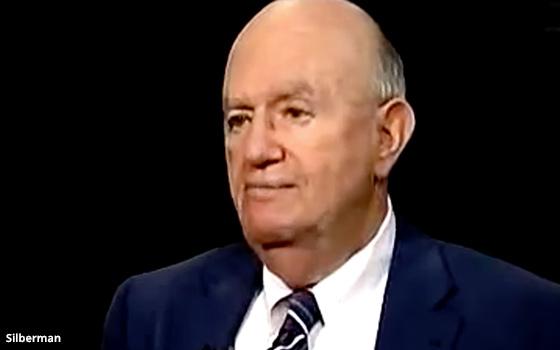 A federal appellate judge from the influential D.C. Circuit Court of Appeals on Friday called for the overturn of New York Times v. Sullivan -- a 57-year-old Supreme Court decision that requires public officials to show “actual malice” in order to prove defamation.

“New considerations have arisen over the last 50 years that make the New York Times decision ... a threat to American Democracy. It must go,” Circuit Judge Laurence Silberman wrote.

Silberman's dissent came in a defamation lawsuit by two former Liberian officials against the human rights group Global Witness, over a report that falsely implied the officials had accepted bribes.

A majority of the appellate panel upheld a trial judge's dismissal of the matter at an early stage of the case.

Those judges ruling that the ex-officials hadn't shown that Global Witness acted with actual malice -- meaning they had not shown Global Witness either knew its report was false, or acted with reckless disregard of the truth of the report.

Silberman, appointed in 1985 by Ronald Reagan, said he thought the former officials should have been able to proceed with their claims, writing that the allegations were “sufficient to infer actual malice” -- at least at the preliminary stage of the case.

Silberman then wrote an extraordinary additional eight pages, in which he advocated to abolish the “actual malice” standard, which he said “allows the press to cast false aspersions on public figures with near impunity.”

He went on to assert that the mainstream media, as well as Silicon Valley, is biased against the Republican party.

“Two of the three most influential papers (at least historically), The New York Times and The Washington Post, are virtually Democratic Party broadsheets,” he writes. “And the news section of The Wall Street Journal leans in the same direction. The orientation of these three papers is followed by The Associated Press and most large papers across the country (such as the Los Angeles Times, Miami Herald, and Boston Globe). Nearly all television -- network and cable -- is a Democratic Party trumpet. Even the government-supported National Public Radio follows along.”

Silicon Valley “also has an enormous influence over the distribution of news,” and “similarly filters news delivery in ways favorable to the Democratic Party,” he writes.

He adds: “And although upstart (mainly online) conservative networks have emerged in recent years, their visibility has been decidedly curtailed by Social Media, either by direct bans or content-based censorship.”

While numerous conservative politicians have made similar accusations of left-wing bias on the part of tech companies, those allegations lack empirical support.

As recently as last month, a report by New York University’s Stern Center for Business and Human Rights concluded that social media companies' content-moderation practices are not systematically biased against conservatives.

Among those weighing in was Rep. Ted Lieu (D-California).