Out Of Love With Cooking, America Re-Embraces Restaurants 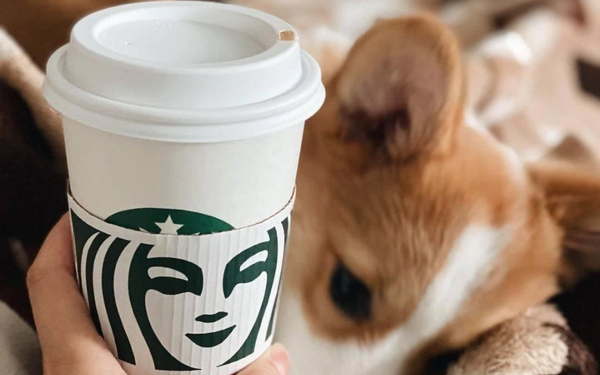 Remember all that bread-baking, soup-making and slow food love Americans talked about last spring? We're over it. And once again, restaurant food, especially from QSRs, is resuming its importance in people's food world -- even if it's eaten at home, according to a deep dive into 2020's food habits from the Hartman Group.

Shelley Balanko, Ph.D. and senior vice president of the Bellevue, Washington-based food-and-beverage trend company, tells QSR Land what it all means for the restaurant world.

QSR Land: This study is so interesting. On the one hand, it shows significant shifts. On the other, many things haven't changed. What's the most important trend for QSR restaurants?

Shelley Balanko: They're going to have to continue to put as much effort into safety as they can while acknowledging they can only do so much. Consumers have confidence in what restaurateurs are doing in terms of safety precautions. But they have less faith in their fellow diners. So while businesses have a role to play, ultimately, the trust will come down to other people: Are we all doing our collective part to minimize the risks?

Balanko: Probably, but that depends on everyone embracing vaccination. At present, that's not happening. Fear and concern might linger, especially while we're in this liminal space. There's going to be anxiety. And the emphasis on safety and cleanliness will continue, regardless. Nobody wants to eat in an antiseptic environment, but consumers want to know they're in a QSR environment where they are cared for.

Balanko: That doesn't surprise up. America doesn't have a very deep culture of cooking. That's been true for the last 30 years. By summer, we were returning to our true American food cultural roots, which is convenience. Working from home pretty quickly made them feel as busy as they were before. They became less willing to put in heavy or even moderate levels of preparation. So by the end of spring, they were like, 'Yeah, I'm over that."

QSR Land: How does a return to restaurants fit in? Before the pandemic, Americans were eating a record number of meals out-of-home, correct?

Balanko: Yes. And our spending on those out-of-home meals was even a little greater than what we spent on food at retail. We're not a culture of cooks. Even at retail, people are looking for restaurant-like experiences, like meal kits, foods from the deli or hot bar, frozen foods. And by summer, the urge to return to normalcy led to increased restaurant use through the fall. Restaurants continued to have a strong presence in everyday eating.

QSR Land: Your research found almost no change in when we eat. Why?

Balanko: Yes, except for that sharp decline in late-night meal snacking, falling from 24% in 2019 to 19% in 2020, we didn't see significant changes. We're just creatures of habit, which I find a little comforting. We still like to mark time in our days the same ways, with the same routine. They're teeny anchors. And I suspect the late-night snack numbers declined just because bars and restaurants were closed so much.

QSR Land: When will dinner parties make a comeback?

Balanko: Picnics and barbecues, and anything outdoors? Maybe this summer. So it will be weather-dependent. And hopefully, by the time the weather turns in the fall, there will be enough people vaccinated to have herd immunity.

QSR Land: Scarcity dominated many headlines in 2020. Did it have a permanent impact on people?

Balanko: Absolutely. The out-of-stocks that consumers experienced back in the spring left an enduring mark on their confidence in the American food supply. This emerged as the No. 1 challenge in our research -- far more than the fear of getting ill.

And while shortages have eased, they won't be forgotten. People experienced this on an emotional, visceral level. It may not have the Depression Era-level of impact, but it's real. We'll see continuing stock-up behavior. It also sparked an interest in local food sourcing, which I think will continue to grow,

QSR Land: If we could go back in time a year, is there a food trend or type of restaurant you might have invested in? Would you have bought a pizza franchise?

Balanko: No. Elderberry. I know, it's a tiny niche. But suddenly, everybody was trying to get elderberry tea, elderberry gummies. More broadly, anything that's historically been connected to immune function would have been a good bet: ginger, garlic, green tea, Vitamin C.