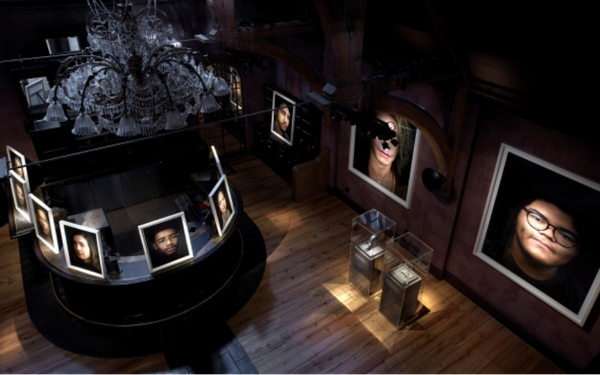 Volvo Cars is partnering with photographer Martin Schoeller to tell the stories of people saved by safety belts in an experiential installation at a New York gallery.

The exhibit, “A Million More,” opened last week at Fotografiska New York, a destination for photography and culture, housed in a restored nineteenth-century chapel.

Fifteen survivors tell their story via portraits and somber audio, crediting the three-point safety belt, which Volvo invented 62 years ago, with saving their lives.

Visitors to the exhibit are greeted by a glass-enclosed display of an original Volvo three-point safety belt from 1966, along with its origin story.

Volvo invented the three-point safety belt in 1959 and released the patent to other automakers in the name of safety. For many years after its introduction, the safety belt was controversial. People were skeptical of its effectiveness and questioned laws forcing them to be worn. Decades later, it is required equipment in nearly all passenger vehicles around the world and credited with saving more than a million lives.

Moving forward, Volvo says it is committed to saving a million more lives with new safety innovations that could be just as controversial, including implementing a speed cap on its new cars and exploring in-car camera technology that can detect if a driver is distracted or intoxicated.

The exhibit will continue through April 24. In the spirit of releasing the safety belt patent for free use, entry is complimentary.