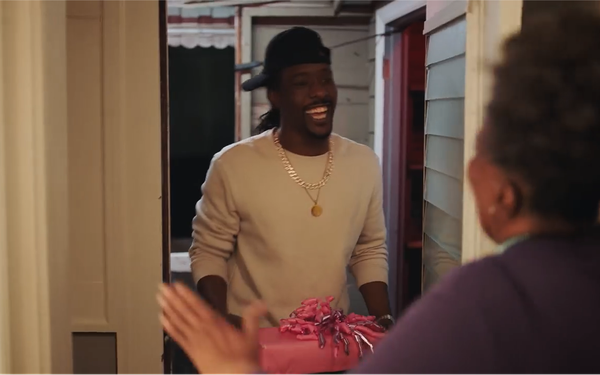 Procter & Gamble (P&G) debuted its Widen The Screen initiative on Monday, focused on building content that helps to tell a different story about Black lives.

The program aims to broaden the ways that Black people are depicted in advertising and entertainment through an increased investment in Black directors, actors, crews and media.

P&G Chief Brand Officer Marc Pritchard said the goal of the program is “reclaiming the beauty of black life in film.”

As content becomes more significant, the "accurate portrayal of people in advertising, in media, in news, then helps eliminate bias because you learn stereotypes, objectification and denigration,” Pritchard told Forbes. “And part of what ‘Widen The Screen’ does and why we call it ‘Widen The Screen’ is that the way the Black community is often portrayed is either in struggle or triumph."

Of the less than 6% who are Black or African-American, 68% are admin or entry-level, 43.5% are non-management professionals, 27.6% are managers or directors and just 4% are vice presidents or higher, excluding C-suite roles.

Diversity across regions also varies slightly. For example, Black or African-American employees in the Western U.S. represent just 3.3%, but 9.4% in the Southeast.

To support change, P&G is on a mission to showcase broader truths and the reality of the community.

Too often, Black stories are presented either as tales of struggle or triumph, are portrayed as dark and do not represent the full Black experience. What is lost are the inside jokes as well as the hard conversations, the honest gestures, and the creative acts of rebellion.

P&G worked with the advertising agency Grey and Academy Award-winning director Mahershala Ali to produce a short film that debuted this past weekend at the 2021 NAACP Image Awards.

The digital clip shows three separate narratives and characters — a Black man in a dark car diving down graffiti-filled streets, a group of Black teenagers in a convenience store with a White man watching their every move, and a pregnant Black woman with two kids clinging to her on the sidewalk of a street.

“If you think you know what happens next, ask yourself why,” says the video’s narrator. “These are the Black stories we’ve been shown. A narrow view that limits our understanding. But there’s so much more to see.”

Rather than end in sadness and horror, the scenes show the man in the car driving to a young girl’s birthday party, the teens waiting on their friend to come out of the restroom before paying for their snacks, and a dad showing up in a minivan to pick his family.

Pritchard told Forbes the program builds on other initiatives that P&G has developed during the years to address bias beyond race, such as gender inequalities and inaccurate, biased portrayals of women and girls in media and culture.

The company is also looking at ways to expand the portrayal of other groups such as the Latinx, Asian-American and Pacific Islanders communities.