'USA Today' Editor Claims She Was Fired Over Racist Tweet 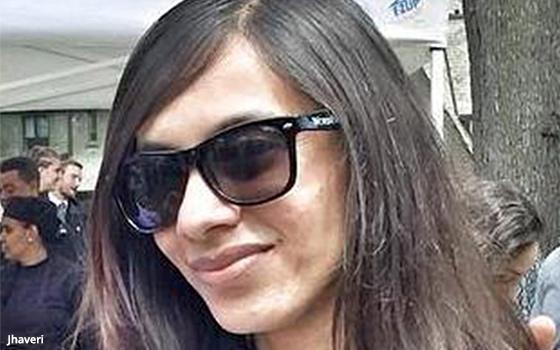 last week fired a race and inclusion editor who had inaccurately described the suspects in mass shootings as "always an angry white man" in a tweet. The dismissal is another occasion for publishers to remind their editorial teams about the potential consequences of making deeply offensive statements on social media.

Hemal Jhaveri, in a ritual that's becoming more common among journalists who lose their jobs, took to the blogging siteMedium to tell her side of the story. She had worked at USA Today for eight years, starting as a social-media editor before becoming a writer, a columnist and finally, the race inclusion editor at the Gannett-owned paper's Sports Media Group.

“I was committed to USA Today and my subsection, "For The Win," dedicating nights and weekends to building traffic, breaking stories and pushing for equitable coverage of marginalized communities," she writes. "The job was the most fulfilling adventure of my life.”
That adventure ended abruptly when Jhaveri, who identifies as Indian American, sent a racist tweet after seeing pictures of a suspect in a mass shooting at a supermarket in Boulder, Colorado. As it turned out, the alleged gunman was a Colorado resident who had been born in Syria. The shooting occurred six days after a White gunman shot up three massage parlors in Atlanta, killing eight people, including six Asian women.
“Extremely tired of people’s lives depending on whether a white man with an AR-15 is having a good day or not,” Jhaveri said in the tweet, a reference to a police statement about the Atlanta shooter's state of mind.
Jhaveri's comment set off an avalanche of understandable criticism, including accusations that she was a racist. She deleted the tweet and apologized, but the damage was done, according to her telling.
“It was a careless error of judgement [sic], sent at a heated time, that doesn’t represent my commitment to racial equality," she writes. "I regret sending it.”
The apology rings hollow — given that the remainder of her blog post blames people for being outraged about her patently racist tweet. She describes critics as being members of the "alt-right," as if anyone who objects to her stereotyping of White men is automatically a reactionary extremist. Her former job as "a race and inclusion editor" is one of the deeper ironies of the bigoted tweet and its aftermath.
The remainder of Jhaveri's blog post consists of a long list of grievances against her former employer, which she describes as "subservient to white authority." The complaints about microaggressions and other slights come off as sour grapes, considering that she worked at the publication eight years, took on more responsibilities and described USA Today as a "fulfilling adventure." The paper is better off without her.