Baking Engagement Into The Brand Cake With Betty Crocker 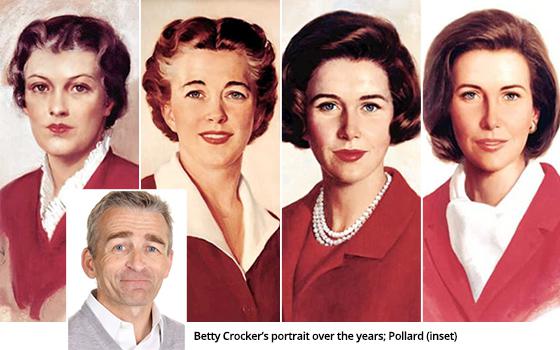 Last week at MediaPost’s CPG Brand Insider Summit, General Mills CMO Ivan Pollard delivered one of the most entertaining and illuminating keynotes we have had in the last year of virtual events.

He brought us back a century to the invention of the Betty Crocker persona to illustrate how the company is trying to reassert the basics of consumer engagement by digital means. He demonstrated how a social interaction with a Saudi Arabian boy led to a massively successful Ramadan campaign that promoted men trying their hand at baking.

The full Brand Insider session is available in the podcast this week or in the embedded video below. But the Q&A portion of Pollard’s talk was especially active and interesting, as Brand Insider Summiteers peppered him with follow-ups. We present that piece of the session below.

MediaPost: In our Insider Summit survey today, many attendees cited podcasting and influencers as among the most disappointing channels for them this past year. What is your perspective on social influencers across different brands, and how are you measuring effectiveness?

Ivan Pollard: I think the disappointment from podcasting and influencers is not just due to the channels [but] to the way that we're all using it. With influencers, we started to hit on an algorithm. The first thing you better have with an influencer is that they're engaged in what you're doing. We can all do those neural network maps of who's connecting to who, and who's listened to on topics, but do they like what it is, and do they buy into what it is that you're saying?

The second thing is, if they're engaged, are they connected to the right people that you want to influence? And then the third thing is, when I talk, am I influential? The very definition of an influencer.

So we use that algorithm and a whole lot of data underneath it to identify, not just the ones or the twos, but what's the pool of influencers we use.

MP: When you talk about speaking the same to everyone, but being special to every someone -- what does that really look like?

Pollard: To be the same thing to everybody -- that's the very definition of a brand. Everybody needs to see my Betty Crocker cake mix, or my Cheerios box or my Old El Paso, or my Häagen-Dazs. And it needs to create a connection with them that makes them more likely to buy it than from a competitor.

Having said that, the opportunity to sell somebody an ice cream on a day when I know that it's hot, and the day I know that they're going to have the kids round to their house because it's their birthday. Those opportunities are great. And let me give you the best example of this that I can't take any credit for. It came from the agency I worked with, [Ogilvy], which is “Share a Coke.

In Australia when it started, all they did was put 150 names on the front of a Coca-Cola bottle and switch out the logo. They were still running ads about the beach and how fun it was to have a Coke and play volleyball. But that is personalization at scale, when my name was Dave and I had a bottle with the name Dave  on it.

Coca-Cola was still there, and it was still the promise of Coca-Cola, but somehow it felt just a little more special for me in that moment.

That's what we're after. Can you do both? Can you be personal to the moment and the person, and still be the same thing [to everyone]? Because if you're not, you're going to create a diaspora of articulation of your brand that you will not be able to scale.

Pollard: If I just stay in the Betty Crocker world, they still do the bake-offs, for instance, where people submit their own recipes for what we're doing with Betty Crocker. Pillsbury does it, too. That's a version of that.

Down the other end of the spectrum, getting engaged with the gaming community. We've got Totino's pizza rolls, that’s kind of the easiest thing. You can play with your switch with one hand and eat pizza rolls with the other. And we're actually embedded in things like Hundred Thieves and Call of Duty there.

Turning the data collection into gamification is something that we are working on because I think it is a big unlock. Remember I said there has to be a value exchange. When you look at the hours spent in gaming, it's starting to overtake with some sectors, the time they spend on screen consuming content, so, yeah, gamification is a big thing.

Summiteer Question: Betty Crocker appears to have been focused 100+ years on making connections to business outcomes. Very smart, but how do you think about solving this problem in digital environments, where you are limited to proxy metrics, views, engagements etc., that are not connected to business outcomes?

Pollard: I'd lie if I said we have answered that one. So the cause and effect of it has always been a trouble for marketers even all the way back then.

I think the digital outcomes that you're talking about, you have views and engagement, a good, genuine kind of feedback -- and getting, like I said, that first-party data loop.

If we can tie together that they saw this, they did that, and then they tell us the why: that is actually the most powerful thing that we can do, and we haven't cracked it.

But we are thinking about how to crack the question [and] when somebody will crack it for all of you -- the ad nets of the world, and the ad medias of the world, that stuff in there that the data can unlock. Still, we are massively focused on data privacy at our end.

Summiteer Question: I'm curious about how you succeed in your efforts to join physical and digital. How do you motivate that change in teamwork internally at General Mills?

Pollard: There are two answers to this. One is about structure and organization, but this is just about a practice that we just started, which is you don't tell people this is their job. You just get a bunch of people together, it doesn't matter what they do for a living so long as they're interested in the problem you're trying to solve, and you make them leave their card or their department at the door. And you lock them in a room for eight hours with a couple of facilitators, and the best idea wins.

You just mix the people up, and you allow the lawyer to talk to the marketer, to talk to the digital person about, for instance, how do we engage people who love cooking to help us solve the needs of old people during lockdown? You just do that.

That's where the Ramadan [campaign] idea came from. How do we get men into the kitchen? Just a bunch of people got together and they created the idea really quickly. Then the teamwork comes in, which is actually having to bring that idea to life.

The second part of it is then, how do you make institutional change happen? What we started to realize is, whilst we do the top-down bit, here's our manifesto and the bottom-up bit. So until you make it somebody's job in the everyday, it's kind of difficult to get change to happen.

So what we're doing is starting to create pods of people inside some of our business units where their sole purpose is the acceleration of the phyigital. So it’s a data scientist, and insight expert, and analyst --  somebody who brings it to life. And business manager, and then one or two random people -- the curious but uninformed so they don't know what the answer is yet. We've created a few of those pods and put them in the business units, and that's an experiment that is starting to pay dividends.

MP: What other “Aha” big ideas or insights surprised and delighted you over the past holiday season, removing the COVID impact?

Pollard: What surprised and delighted us is, for instance, according to a Morning Consult survey and showing up in some of our own data, young people who are living on their own are taking up baking. So our baking business and our home cooking business, and the flow of people visiting our websites to find recipes -- we've got a huge uptake in Gen Z people who were saying that they're doing that.

Consumers are starting to realize that sometimes baking it yourself with a little help from Betty or the Doughboy, those things sometimes give you a bit more joy and save you a lot of time. So we did not see the young people's experience of baking coming, which surprised and delighted us.

And then internally, we went very hard on looking after our people and serving our consumers. And a lot of the actions for good, kids who weren't going to school, who relied on school meals, how do we reverse-engineer our school meals program to get food, breakfast especially, to them in their homes?

It surprised us that we were as agile and as flexible as we’ve proven to be. And our challenge is going to be holding on to that. We all were talking about, how do we hold on to the penetration gangs we've got or the loyalty that's developed equally. It’s how do we hold on to the really good things that we've learned? How we can work better together, trust people, distribute the ideas, and allow people to take action?