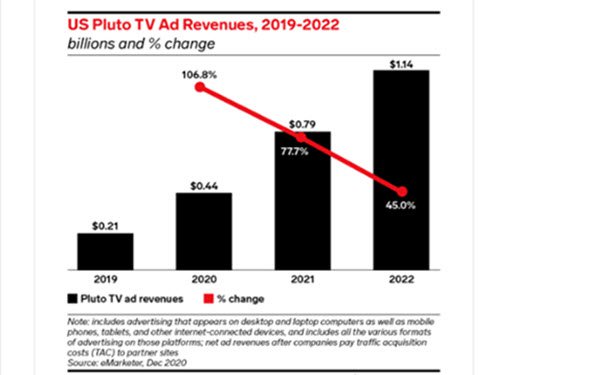 By year-end 2022, its U.S. ad revenue will surpass $1 billion, according to eMarketer estimates, which include digital ads on CTV, desktop, laptops, mobile, tablets and other internet-connected devices.

All signs point to increasing ad spend on OTT streaming services — including a recent Advertiser Perceptions survey, cited by eMarketer, that found 42% of U.S. agency and marketing professionals saying they will increase such investments over the next 12 months. 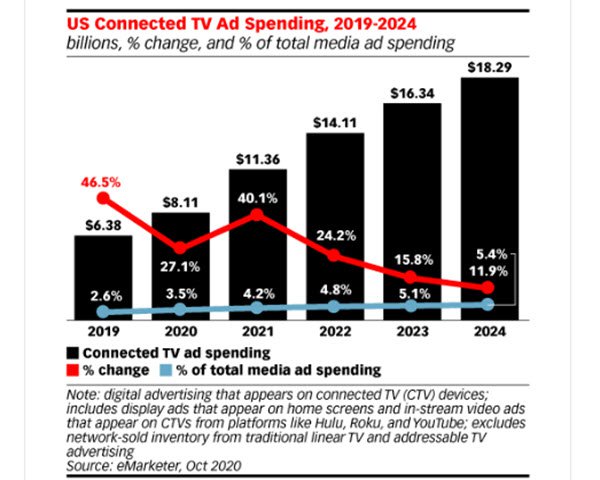 eMarketer also projects ad spending for traditional U.S. TV at $67.5 billion, which would mean that CTV has a 14% share of total U.S. TV ad spend.

While that share will no doubt grow significantly over the next several years, at least at this stage, the available data doesn’t really allow for pinning down what proportion of TV spend should go to CTV based on viewing time, notes Colin Dixon in NScreenMedia.

“Looking at Nielsen data, you might conclude that advertisers have got the balance about right between CTV and traditional TV ad spending,” he writes.

However, Nielsen’s data doesn’t reflect the sizable proportion of CTV viewing time that goes to ad-free services like Netflix, he points out. And the data is for the average viewer: It does not account for groups that are unreachable by traditional TV (like the three in ten 18- to-34-year-olds who don’t watch live or time-shifted traditional TV).

Also, fragmentation, including more FASTs and growing competition from device manufacturers — who are building their own FAST channels — are likely to affect monthly active users (MAUs) and advertising growth to some extent in the years ahead.

While this year’s subscription growth for key FASTs should remain strong, “it will be harder for brands like Pluto TV, Tubi, and Xumo to maintain the robust growth they have enjoyed over the last 18 months,” NScreenMedia noted in December. “The signs are that growth is already slowing.” 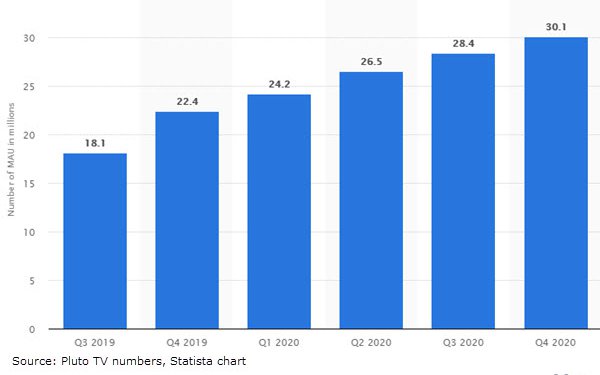 ViacomCBS also reported that Pluto more than doubled its ad revenue in Q4 on a YoY basis, although it didn’t break out the numbers.