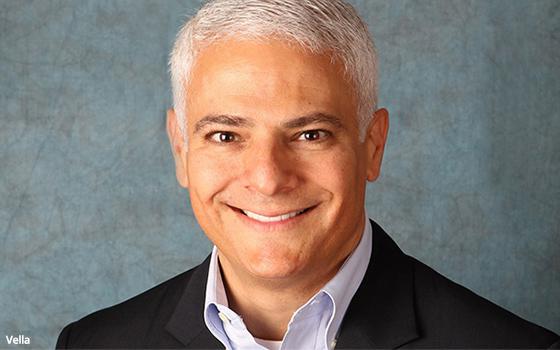 Constant Contact, a digital marketing firm that serves SMBs, has a new CEO — Frank Vella — and Michael Pellegrino has been named CFO, the company announced on Wednesday.

The appointments of Vella and Pellegrino reflect a push to “re-establish Constant Contact as an independent, growth-oriented platform,” says James Pade, partner and managing director at Clearlake, and Tyler Sipprelle, managing director at Siris. The titles are new to the spun-out company.

Previously, Vella was CEO of Information Builders, a SaaS data and analytics platform acquired by TIBCO Software Inc. He has also served at Microsoft, GE Capital, HP Enterprise and Xerox.

Vella notes that Constant Contact has “invested heavily to develop dynamic tools to support data-driven business decisions. With the carve-out, Constant Contact is at an exciting inflection point.

Pellegrino previously served as the COO of SumTotal Systems, LLC, and CFO of Skillsoft.

Last year, Constant Contact announced it was “rebranding.” While the name remained the same, the firm said it had evolved from being an email marketing company only to a firm that also helps small businesses with social media, SEO and other channels, and it introduced a new logo.