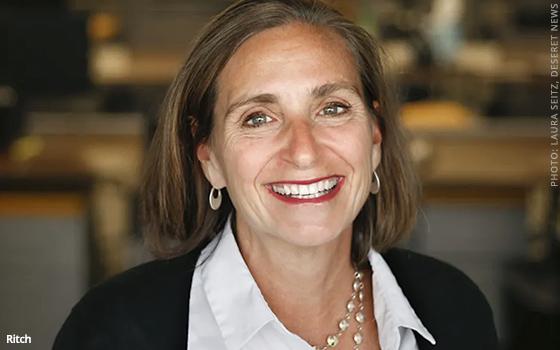 Robin Ritch, senior vice president of operations at the Deseret News, has been named president and publisher of Deseret News Publishing Company.

She succeeds Jeff Simpson, who is leaving in June to take on a three-year ecclesiastical assignment with The Church of Jesus Christ of Latter-day Saints.

The Deseret News was founded in 1850 and is Utah’s oldest continuing operating is business. It one of a portfolio of media entities at the Deseret Management Corp., which is owned by the church, it says.

The paper’s readership reached 10 million on its owned platforms last month, twice that of two years ago. More than 75% are outside Utah, it continues. The pub also serves readers on Apple News and Microsoft News, and recently launched Deseret magazine, which has an initial circulation of 50,000.

Ritch has held positions at Cisco, Intel, Microsoft and Tenfold. She and Simpson worked together to launch new products and expand the paper’s influence beyond Utah during a critical period.

“Robin is a transformational leader,” says Keith McMullin, CEO of Deseret Management Corporation. “She has a strong ability to think strategically and also the ability to operationalize at a very high level.”