Wyss Drops Out Of Bidding For Tribune Publishing 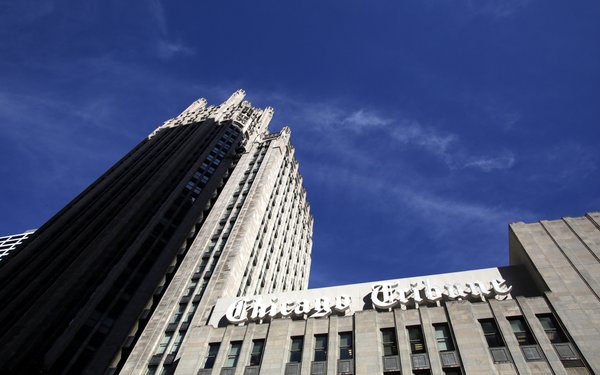 Wyss had hoped to take over the flagship Chicago Tribune, but due diligence revealed it would be difficult to turn the Tribune into a national publication, The New York Times reported on Sunday.

Stewart Bainum Jr., the hotel executive Wyss was working with to field a $680 million bid for the company, has received inquiries from other potential investors. He is starting talks with people in the Chicago area who could be interested in the Tribune, the Chicago Sun-Times reported.

Investors are interested in the other publications in the Tribune portfolio, including the Hartford Courant and New York Daily News. Bainum seeks to operate the Baltimore Sun through a nonprofit group.

Newsrooms apparently are sweating out the result, given Alden’s history of cost-cutting. Wyss had expressed an interest in maintaining journalistic quality.

“I don’t want to see another newspaper that has a chance to increase the amount of truth being told to the American people going down the drain,” he said, according to an earlier Times story.

In addition to the publications mentioned above, Tribune Publishing owns the Orlando Sentinel the South Florida Sun Sentinel, the Capital Gazette in Annapolis, Maryland; The Morning Call in Allentown, Pennsylvania; the Daily Press in Newport News, Virginia; and the Virginian-Pilot in Norfolk, Virginia.

The Tribune board reportedly is leaning toward approving the $650 million offer from Alden. Shareholders would have to concur.

Wyss, 85, is the former CEO of medical device maker Synthes. He resides in Wyoming. Bainum is chairman of Choice Hotels International.

m&a, newspapers
1 comment about "Wyss Drops Out Of Bidding For Tribune Publishing".
Check to receive email when comments are posted.
Next story loading