Nextdoor To Serve Up Anti-Racism Notification, Become Gatekeeper Of Language 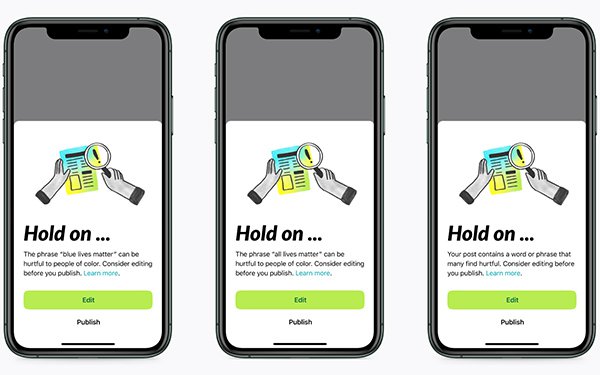 Spend some time on social media and you’ll likely find racial profiling or restrictions on language in one way or another. The neighborhood social networking app Nextdoor is no exception.

Although the company discontinued a service after facing scrutiny over its role as a platform for racial profiling, it has jumped in with technology that identifies racial comments. The service, launched last year, allows users to forward racist posts to local police departments.

This time it is launching an anti-racism notification to prevent discriminatory language on the platform. The notification detects potentially racist content and prompts neighbors to reconsider and edit before posting. In particular, it detects language that can be discriminatory to people of color.

Nextdoor wants to show that there is no room for bullies, hate or terror groups on social media or across the internet. Although all lives matter, from humans to animals, Nextdoor’s anti-racism notification detects certain phrases such as “All Lives Matter” or “Blue Lives Matter,” which the platform's algorithms suggests are racists, and prompts the author of the post to consider editing their post or comment before it goes live.

The anti-racism notification aims to make people aware of the language that may violate the company’s policy against discrimination and the harm it can cause by the use of these phrases.