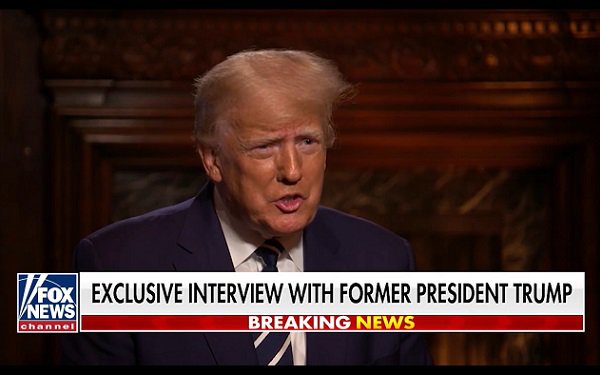 A TV columnist tasked to write an opinion piece, like this one, five times a week faces a challenge that is common to all newspeople and commentators who toil in our daily, hourly or minute-by-minute news media.

It is the question of what topic to take up on any given day or at any given moment. For example, while it might seem as if a TV columnist has an embarrassment of riches every day from which to choose a blog topic, this is not entirely true in actual practice.

Or to put it another way, just because there are so many TV shows coming and going in the current era, it does not mean there is a new show coming along every day that is worth writing about.

To make matters even more difficult for a TV columnist -- and presumably, so many others who create content for newspapers, websites and TV news shows -- our most reliable inciter and igniter of news copy for roughly five years, Donald Trump, is no longer providing us with the fodder we had come to depend on right up until he left office last January.

On this basis, I miss Donald Trump. And I have no doubt that many others in my profession -- whether liberal, conservative or agnostic -- feel the same way, although they might not wish to say so out loud, lest they be misconstrued.

In making the statement that I miss Trump, I take no personal or political stance for or against the former president. I am a journalist who covers the TV business, not a political commentator. And as a subject for TV columns, there has never been anyone like him.

Since 2015, he provided fodder for columns here that are literally too numerous for me to take the time to count accurately, although an estimate gleaned from a search of my name and Trump’s here on MediaPost comes up with just shy of 175.

The contexts in which Trump was the central figure in many of those TV columns included day-after commentaries on televised debates and political conventions (in two separate election cycles -- 2016 and 2020), State of the Union speeches, other miscellaneous television appearances and interviews, reactions from the right and left to all of those, satires and parodies on the late-night shows, blogs about social media (particularly Trump’s overuse of Twitter) and a host of other contexts and subjects.

Now, there is none of this -- no blustery, off-the-cuff denunciations of “fake news,” no name-calling of his political rivals, no more snubbing of correspondents whose networks he doesn’t like at presidential news conferences and so much more.

Perhaps he is still denouncing the news media and calling Joe Biden “Sleepy Joe,” but without the reach and frequency of Twitter, from which he is still banned -- coupled with the fact that he is no longer president -- his declarations lack the zest, zing and just plain ol’ impact that they used to.

Even this week, in a rare TV appearance in which he sat for an hour-long interview at Mar-a-Lago with Sean Hannity on Fox News, Trump threw no flames or incited any riots.

Seen Monday night on “Hannity” (and pictured above), the interview contained no utterances of the phrases “fake news” or “Sleepy Joe,” but Trump did get in a “crooked Hillary” near the end of the hour when Hannity brought up the Russia probe.

Trump also dropped hints of a return to the political arena in support of Republican candidates in 2022’s midterm elections and a possible run at the presidency in 2024.

Through it all, Trump seemed subdued, which was never an adjective I would have ever used to describe him before. Maybe, just maybe, he is testing the waters for a Trump 2.0 reboot in which he is kinder and gentler than the version of himself who won a single term in office in 2016.

Whatever he plans to do in 2022 or 2024, two phrases come to mind. For journalists: Thank heaven. And for everybody else: Heaven help us.