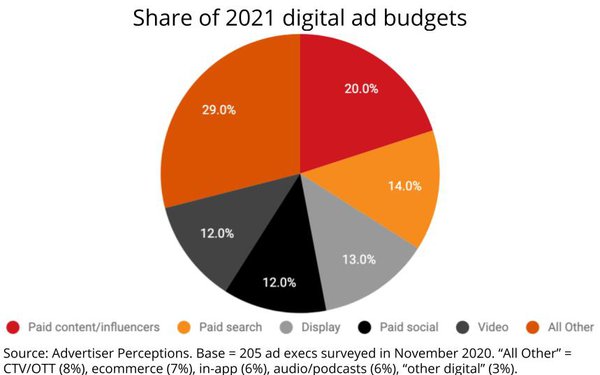 The study, which was conducted late last year to understand how the pandemic and social injustice movements were impacting digital advertising decisions, interviewed 205 advertising executives (46% marketer / 54% agency), and found that they accelerated their investments in the native options explicitly in response to the crises.

“Many advertisers returned from lockdowns without their supply systems fully in place, so they had to prioritize upper-funnel activity again,” Advertiser Perceptions Executive Vice President-Business Intelligence Sarah Bolton stated, adding: “Because it seemed insensitive to hard-sell products, they leaned on influencer marketing to drive awareness and humanize their brands.”

Bolton noted that paid content and influencers were also deemed to be more "flexible" options for reaching and influencing consumers than other conventional digital advertising formats.

Asked to describe which digital advertising options were becoming "more important" in 2021, paid influencers tied for second with video, with 41% saying it was growing in importance (see below). 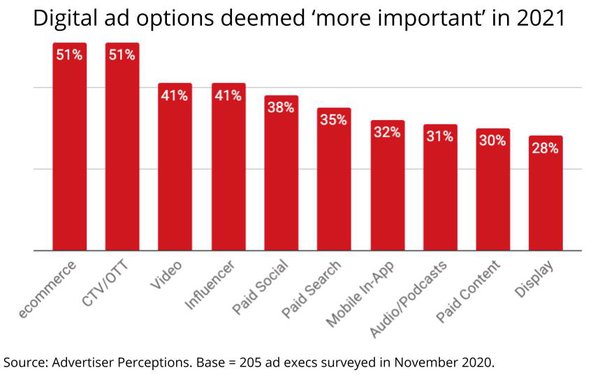