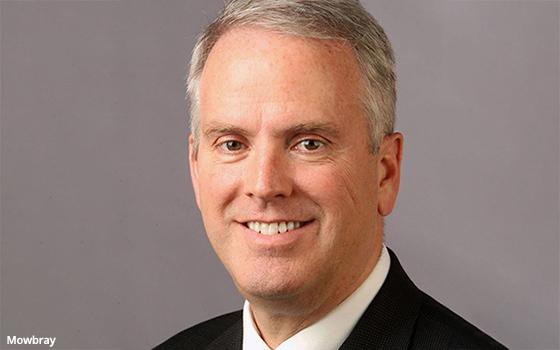 Kevin Mowbray, CEO of Lee Enterprises, praised his company’s local news coverage during a recent Yahoo Finance panel. But he avoided a question about newsroom layoffs.

Mowbray responded that Lee has “the fastest-growing digital subscription platform in local media.”

He added: “The content and news that we produce in the midsized markets we serve matters more than ever, from the civil unrest in Kenosha, Wisconsin, to the forest fires in Montana to the flooding in the Midwest, and certainly, the impact of the coronavirus, our audiences flock to our platforms like never before.”

Mowbray then noted “our audiences are up about 1% to last year.”

That led to this exchange:

Hyman: A lot of the private-equity owners that have come into newspapers have also tried to make them profitable by cutting quite dramatically, and therefore, perhaps jeopardizing some of that valuable local coverage you're talking about. What are you guys thinking on that front, in terms of the staffing?

Mowbray: Well, one of the things that we announced recently was our three-pillar strategy tied to revenue growth. That was producing a best-in-class digital platform with an emphasis on video and multimedia technology and data. Secondly, to grow digital-only subscribers. Thirdly, the growth strategies tied to developing new revenue streams tied to first-party data, ecommerce and video advertising.

Having made that point, Mowbray said Lee is “solely focused on growth, which is a little bit different than what we're hearing from our industry peers. And specifically, how we think we're going to do that is to grow 900,000 digitally only subscribers, certainly continue the growth we've had.”

Mowbray’s fellow panelists did not press the layoff question.

Brian Sozzi noted: “Google is forever making SEO changes. Facebook is Facebook, in terms of what news they surface and don't. Are those big tech giants, are they friends or foes to your turnaround plan?

Mowbray replied: “W support the safe-harbor legislation that's in Congress right now. We think it gives us the ability, and other publishers, the right to collectively bargain. There's certainly a lot of interest in Congress to helping us drive a framework for compensation. (The Journalism Competition and Preservation Act will give the publishers a temporary, 48-month safe harbor from antitrust laws, allowing news media outlets to collectively negotiate content deals with online platforms.)

“And so we think there's some hope we can put something together that'll work for the industry. We're certainly beginning to see that across the world, with France, EU, Canada, and Australia beginning to get legislation that's working in those countries.”

Mowbray answered that “newsletters are one of the biggest ways we actually convert someone to a digital subscription. In fact, when you think of our marketplace base, we have about 55 million unique visitors a month. About 12 million of those come to us with great frequency, and we serve them newsletters and other sorts of custom content that they are interested in.”