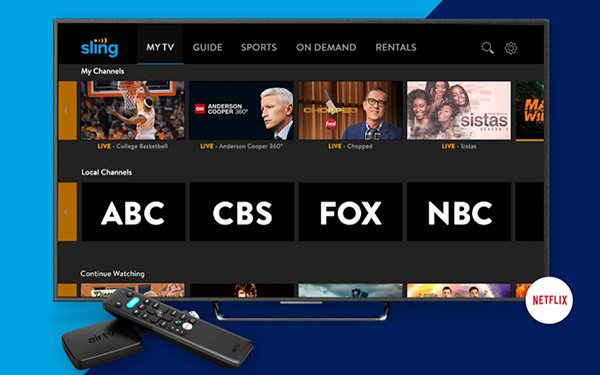 Although Sling TV announced it was raising prices earlier this year on its combined Sling Orange and Blue packaging, it has been spending less on national TV marketing recently.

Since the beginning of the year -- January through April 20 -- Sling TV has spent an estimated $5.73 million in national TV advertising, according to EDO’s Ad EnGage service. A year ago over the same time period, it was $13 million.

Both Sling Orange and Sling Blue packages typically sell for $35 per month each. Sling had offered both packages for $45 a month.

Now, the two packages can be bought for $50. In addition, Sling TV is offering a $10 discount on the first month for new users for one service.

Sling Orange has 32 networks, while Sling Blue has 47. Roughly, the difference is that Orange has many Disney TV channels -- and no NBCUniversal networks. The Blue option is reversed: no Disney but there are NBCU channels. The new price points also include DVR Plus, a cloud DVR with 200 hours of storage that regularly sells for an additional $5 per month.

Some analysts still believe the Orange-Blue combination make it competitive to YouTube TV -- a 70-channel service priced at $64 per month. YouTube had more than 3 million subscribers as of October 2020.

Other virtual pay TV providers have seen mixed results. For example, Hulu + Live TV lost 100,000 subscribers in the fourth-quarter period, while YouTube TV grew 500,000 subs and fuboTV was up by 229,000.